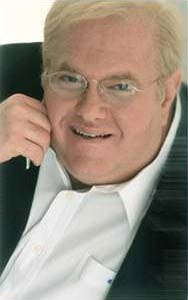 Such a fish is Boy-band mogul Lou Pearlman . He was was forced out of hiding Thursday after being expelled by Indonesian authorities and turned over to the FBI to face criminal charges for bank fraud. He is also said to appear before a judge in Guam. Never heard of him you may say. He made the Backstreet Boys and ‘N Sync big.

The worse thing is that he faces several lawsuits and two involuntary bankruptcy proceedings but hasn’t responded to court subpoenas and doesn’t have an attorney in either bankruptcy case. “We expect that he will be returned to Florida,” said Steve Cole, a spokesman for the U.S. Attorney’s Office in Tampa. Federal and state authorities raided Pearlman’s home and offices in February.

He is said to have sold a bogus savings-account plan. “I’m looking forward to seeing him on American soil,” Kapila said. “I’m anxious to see what he had in his possession, where he was located, and how anything he had in his possession will help me locate the assets.” The investigators say that his books are convoluted and incomplete. Figure that.