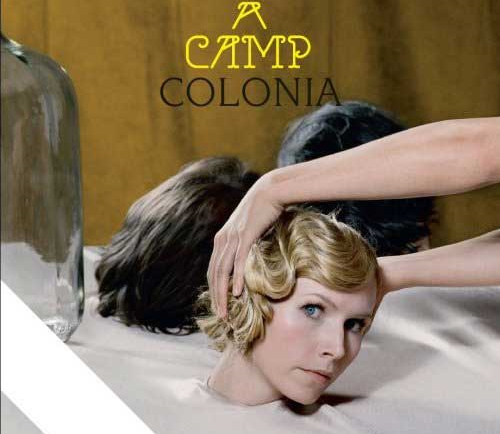 What do you remember about The Cardigans? Y’know – the vaguely memorable Scandinavian pop band of the late 90s. “Love Fool”, probably, because Jim from The Office sang it one time. Is that all you remember of them? Maybe you remember the song itself, famed for its inclusion on the Romeo and Juliet soundtrack? You probably remember bits of “My Favourite Game” (like the controversial video where Nina Persson blows things up in a car, or something), and you’ll remember they did that song “Erase/Rewind” if you look them up on Wikipedia, like what I did.

However you remember them, you probably don’t remember ever buying one of their albums, despite them apparently being dab hands at crafting very catchy, fun songs. They were pretty much the definition of a singles band – a few charting releases, then vanishing into thin air. I bet less than three of you could name anything they did in this millennium without looking it up (save for Persson’s sterling appearance on the Manic Street Preachers’ “Your Love Alone”, which was brilliant). The answer, for anyone too lazy to look it up, is that since 2007, they’ve been on a break, giving front-woman Persson the chance to indulge her more pop-tastic tendencies with this band: A Camp.

And Colonia, their second album (first in America), really is pop music – none of “My Favourite Game”‘s rip-roaring riffs here. Instead, we get big, symphonic, proud pop songs, full of string sections, hand-claps and gigantic choruses. It’s all surprisingly old-fashioned: it’s too modern-sounding to be labelled “retro”, but it’s definitely classicist – this is from an era when the music of the masses had some genuine bite and tenacity behind it, rather than some programmed drums and a tossed-off sample. It’s indulgent, but in a way that serves the music – yes, “Stronger Than Jesus” makes judicious use of a horn section, and “Golden Teeth and Silver Medals” sounds a lot like an old musical theatre duet, and “Eau De Colonia” is a pointless 30 second orchestral interlude that really does sound like it could play behind the latest black-and-white perfume commercial, but the band throw themselves into it with such gusto and honesty, that you end up believing in the songs.

The closest they ever come to the sheer energy of The Cardigans is on the excellent “Here Are Many Wild Animals”. Buoyed by a start-stop, curiously ominous turn from her band, Persson sings of how warmongering man can be compared to animals in – you guessed it – the wild! The metaphor is heavy-handed, for sure, but the lyrics have a nice touch – “Shipped off to a city, stripped of our tongues/ Now we live in a playground, eating our young” being just one example. Best of all, the song breaks down into a dramatic coda, at which point Persson drops all sociologist pretenses, and turns into a dark seductress: “Come little kitty, come little elephant/ Come come hither, be with your mama”.

Her lyrics are, in actual fact, the constant highlight of the album, tempering the instrumentation with some delicious tidbits of utter cynicism and bitterness, an equal amount of optimism, and some absolutely wonderful turns of phrase. On the slightly-too-late-for-Bush protest song, “The Crowning”, she sings: “But a few broken pawns don’t mean nothing/ To our guest of honour / So let’s raise our glasses/ To murderous asses like you/ May you sleep soundly”. On “I Signed the Line”, she decrees “I realise a lot of lies/ Were written in letters/ And bottles they tend to run aground”. Like I said earlier, these lyrics aren’t bland pop tedium – they’re genuinely intelligent and thoughtful, even inventive.

Highlight of the album, for me, is the mildly psychedelic “Bear on the Beach”, the beautifully bleak tale of Iris, who “didn’t wanna see/ The stars were out of reach/ She’s caught between the ocean/ and the bear upon the beach”. Persson writes of her sympathetically, and the band gives a gorgeous, minimalist backing, closing with Persson in mourning: “Imaginary gods could never save you/ But I didn’t want to tell her”.

If I was to name a complaint, it’d be that it’s all slightly homogenous – the songs don’t sound the same, but they’re all definitely of a piece, and it can start to wear after a few consecutive listens. A standout song might have pushed this to an 8/10. But it’s all good stuff. I’d almost describe it as Beatles-esque, but I’ll hold out on that – Beatles-esque has come to mean an Oasis-like, slavish devotion to the Beatles’ sound, while A Camp take the legendary’s group knack for canny lyrics and brilliant melody, and lay it over their own framework. Perhaps the best way I can sum up A Camp is thus: Colonia doesn’t have a single on it that could compare to The Cardigans’ trio up top (“Stronger Than Jesus” being the only obvious contender), but they’re a damn fine album band.