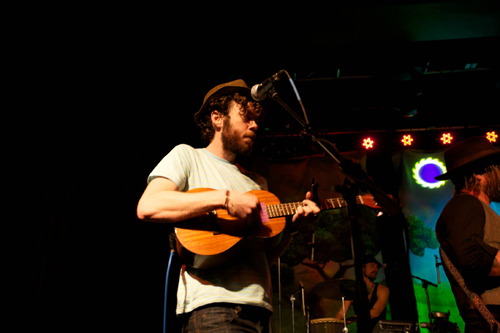 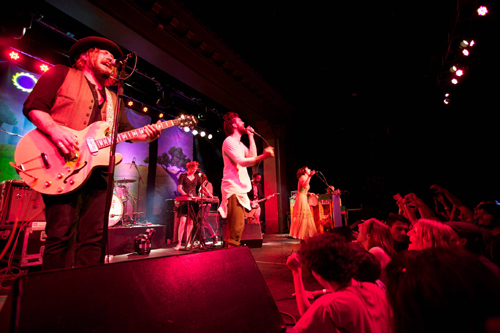 Imagine you have this deliciously juicy secret that you are just dying to tell.  You’re antsy and feel like you are going to explode if you don’t share the big news. Containing this information seems nearly impossible and you just want to shout to the world that this amazing thing is happening.

That is the exact emotions that Edward Sharpe and the Magnetic Zeros draw out of every one of their fans. Pure and simply they are folk music at it’s best.  Messages of love and positivity are weaved through the eclectic mix of instruments and vocals provided by this vagabond 10-piece band. Entertaining the crowd at The Ritz in Tampa, Fla. on Saturday night, Edward Sharpe and the Magnetic Zeros inspired the crowd to embrace love and freedom by engaging in the moment and soaking it all in.

The air about the room was full of positive energy right from the start. Opening the show was the brother-sister band creatively called He’s my Brother, She’s My Sister. Robert and Rachel Kolar gave a home-grown performance. Drumbeats came from their tap dancer, Lauren Brown, who performed on a soapbox of sorts, and really made songs such as “Coattails” and “Tales That I Tell,” come to life by imitating a chugging train. This all just added to the vibe already created of a travelling beatnik band.

Once Edward Sharpe and the Magnetic Zeros began their musical ascension into the realm of unity and peace for all, the crowd did not stop swaying to the rhythm and donating their own instrumentation by shaking the tambourines provided by Edward Sharpe and his gang of musical gypsies. The show could only be described as organically wonderful. Using every instrument from maracas and harmonicas to the accordion and a hand held keyboard; even using their own bodies as a means of a drum was what made this wacky group of musicians so enjoyable.

Storytelling through song, Edward Sharpe and the Magnetic Zeros gave the audience a glipse into a life of optimism. Songs such as “Janglin” and “40 Day Dream,” can’t help but put a smile on your face. The blues influenced song of “Black Water” mixed with the meditative inducing melody of “Desert Song” beckoned for inner reflection. However, the pinnacle of the show was the giddy and heartfelt performance of “Home.”  As the lights came down and all you could hear was the faint sound of the whistling intro, the crowd cheered in anticipation of the adorable song that was about to begin. Adoring looks from lead singers Alex Ebert and Jade Castrinos made the song such an intimate encounter to watch.  It was a conversation between two people in love and it was a beautiful scene that anyone would gush over. Castrinos’ mother was in the audience and during the interlude she introduced her family and went on to introduce the band.

This show was silliness at its best and generated love and heart-felt compassion that is sorely missing from the world today. Edward Sharpe and the Magnetic Zeros help make you feel at home no matter where you are. 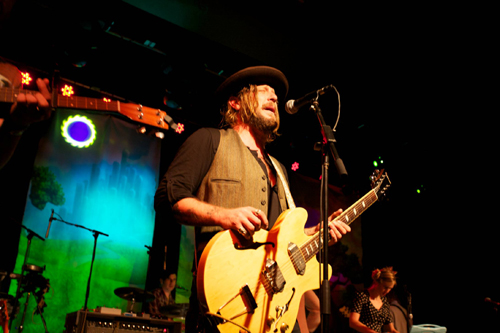 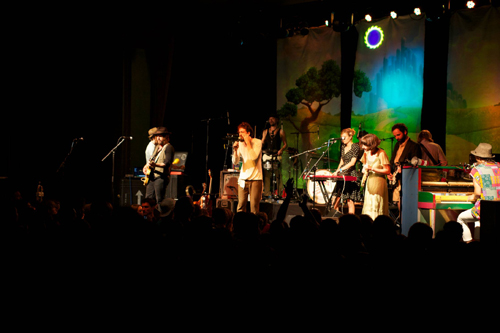 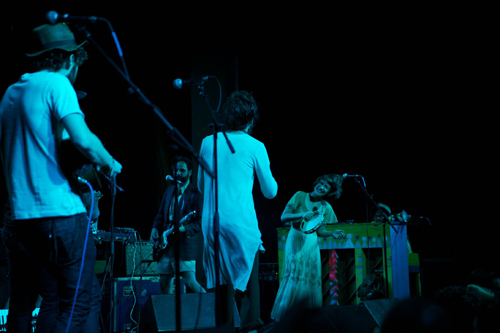 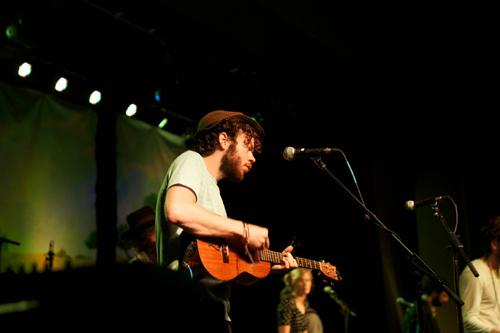 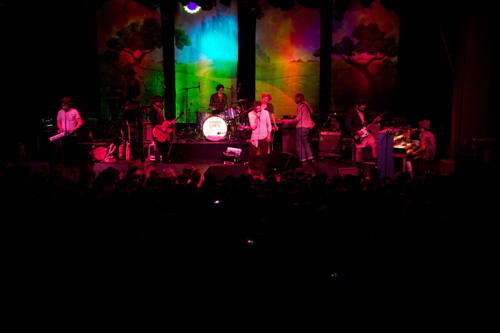 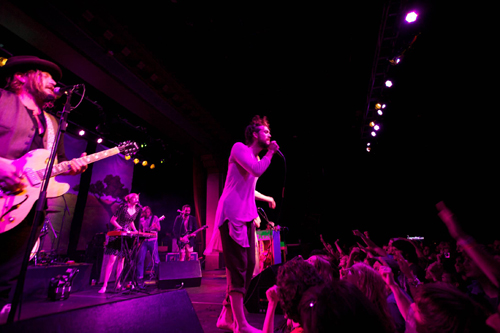 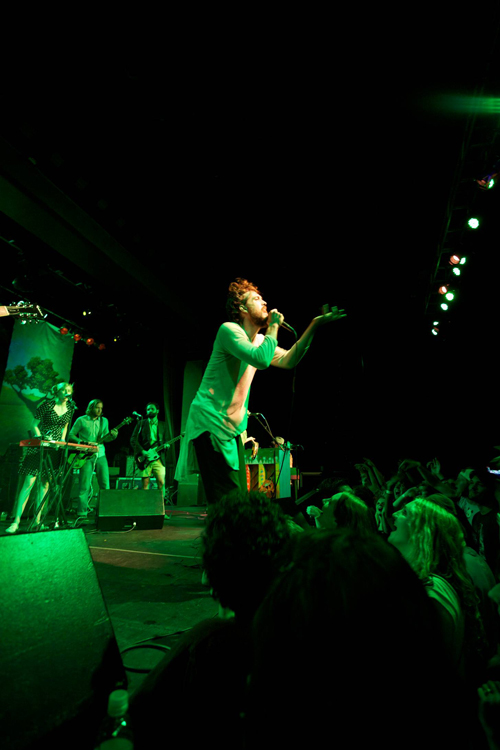