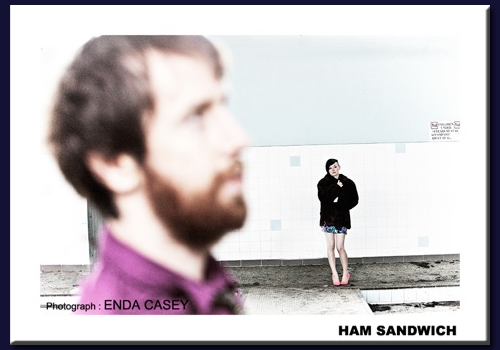 Hooray! I love when I get to talk about Irish indie heroes Ham Sandwich, as I’ve done before here, wherein I recount how their gig both melted my face, and rescultped it in a new, smiling, more handsome fashion. But now? Now I bring news of their new single, Out of the Darkness, which is available from here and here, and it’s streaming here. It’s the first song to be made available from their upcoming sophomore album, scheduled for release early next year. (Although I still refuse to believe that 2010 is less than two months away. Slow down, Time!)

My own tragic neuroses aside, Out of the Darkness is a more deliberately “pop” song than anything on their debut album (the truly wonderful Carry The Meek), and it’s a rather splendid pop song at that. It sounds a little bit like Kirsty MacColl crossed with the GoGos, by way of StellaStarr*, although it’s infinitely better – and far less confusing – than that description makes it sound. It certainly spells good things for tomorrow night’s gig in Whelan’s, which I’ll happily be covering. If you’re reading this, and you’re in Ireland, go buy a ticket.

And now? Now a video.