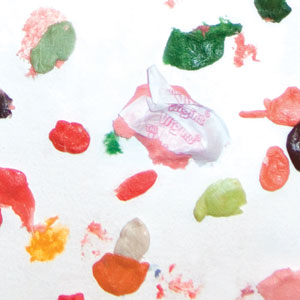 This 10 track recording comes after a well-received five song EP entitled The Virgins ’07 and illustrates the progression of the band. Opening track “She’s Expensive” is a vibrant, shamelessly upbeat number which manages to act as a microcosm for the Virgins and the album to follow. “Rich Girls” was previously a MySpace “Single of the Week” and featured on Rolling Stone’s list of the 100 Best Songs last year. This breakout hit is one of the stand-out tracks on this polished debut with its effortlessly funky sound. More than any song here “Rich Girls” shows the Virgins to be cocky but with enough musical sass to make up for the attitude. The Virgins are evidently the baby of frontman and founder Donald Cumming but with his friends thrown into the mix it is all the more appealing and musically complete.

“Teen Lovers” is infectiously catchy and a confident number that is increasingly memorable after a few listens. It leans a little onto the later stages of New Wave ‘One Week of Danger’ has a strong chorus to stick in your mind and is one of the more guitar reliant songs here, featuring classic rock riffs. ‘Fernando Pando’ is a more lulling moment, as a more moody and brooding track it doesn’t really work with the rest of the album although it does pick up halfway through.

The second part of the record struggles to keep the pace established by the trio of singles in the first half. ‘Murder’ is heavily 80s influenced and sounds like a song you really shouldn’t like but you will inevitably end up singing along to. Meanwhile, ‘Hey Hey Girl’ is slightly weaker than the preceding tracks but is more of a grower, despite the clichéd chorus. The unlikely choice of ‘Love is Colder than Death’ closes the album and although it is less instant than the likes of “Teen Lovers” it shows promise despite not sounding characteristically Virgins-like.

For a band still in its infancy, The Virgins have been on the receiving end of some monstrous hype. They have also already toured with Jet and opened for none other than Sonic Youth and Patti Smith. Now they can add another feather to their cap after producing one of the slickest, feel good rock albums of the year.