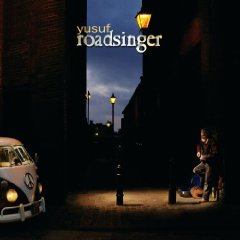 When Cat Stevens said he would never sing ever again in the late 70s, I was devastated and it seems it was just yesterday. Nah, I’m just messing with you, but still… Here was this absolutely brilliant young man that had conquered mankind just giving up on everything he had been until that moment. I’m surprised to see how many people don’t know he wrote ‘Wild World‘ and ‘Father and Son‘. He’s also known for writing personal songs (I’m naming just lady d’Arbanville, wrote for his American girlfriend, Patti D’Arbanville), and being a militant for peace, with my personal favorite, Peace Train. So here was this amazing artist giving up music, and I’ll tell you why as an addendum at the end of the review.

Luckily, it took him only 25 years to change his mind, and he returned, with An Other Cup, his first pop album since 1978, but his return to music came gradually. However, it wasn’t the same. I think Cat Stevens and Yusuf Islam resemble Paul Atreides and Muad’Dib (if you have no idea what I’m talking about, you really should read Dune), because while Cat Stevens songs were literally dreams and hopes, Yusuf Islam’s are metaphore filled real observations and invitations to become and act. What’s just amazing about this album is that if you enjoy listening to any song, you’ll enjoy them all. Despite the fact that it’s very spiritual and feels very personal, it has nothing to do with religion; at most times it even feels there’s not a man singing, but rather a conscience. The music he is able to create is so different from what we hear today but it somehow feels so right, and I’d advise most if not all Bon Iver fans to listen to it, because ladies and gents, this is the real thing: brilliance from a living legend, who after all these years, seems to have finally found peace and serenity. With his unique voice and guitar and very little production, he delivers amazing lyrics with an ease that would make anybody jealous; as one of his songs so eloquently puts it, “If you came back again, you know I’d give my lovin’ to you”. So he’s back, and guess what: we’re loving him.

You can’t really say any track stands out, despite the opener ‘Welcome Home‘ and title giver ‘Roadsinger‘ seem to be the deepest tracks and they seem to mean the most to the artist; my personal favorite is ‘Be What You Must’, but that’s probably because I can relate to it on a number of levels. ‘Thinking ‘Bout You‘ and ‘Everytime I Dream‘ just seem to be a bit short, but the quality is ever so high. ‘World O’ Darkness‘ seems to be quite a theme for him, and I just love the lyrics here, and they’re just painfully true (Some sons dream of leaving / while they’re young at heart / but few choose the path towards / the land beyond the dark or No one loves his neighbor here / Nobody has the time / No one cares for anyone else / In the world there the sun don’t shine) and filled with metaphors (In this world of darkness / Evil rules by night / Some lay in the shadows While some are seeking light). Roadsinger is just … hard to describe. It tells a sad lonely story while being extremely upbeat and hopeful. What it says to me at least is that everything is going, people have gone awry and nobody cares anymore, but somehow, if you really want to, you will find your way. It just goes straight to your heart.

Then you have ‘Dream On (Until…)‘ which is a little bit repetitive, but manages to sound charming all the most, and it ends with ‘Shamsia‘ a special and sad instrumental with lots of piano – in other words, a perfect ending. While I’ve written reviews to many artists that have written songs over a long period of time I found that (at least in my opinion) in most cases the overall quality declines. Cat Stevens (or Yusuf Islam, but I prefer to call him Cat) has changed significantly, but his approach to music, peace and the world hasn’t changed a bit (“You don’t `make’ the music; you just interpret something that’s passing through you.“, he says). It’s the kind of album you love and that stands out despite being very humble and peaceful. In today’s musical context, it’s the quiet kung fu monk surrounded by muscle heads. This self taught musician has a guitar, a piano, a voice, and many things to say. A seeker on his way, he has a beautiful way of expressing himself and the best idea I can think of to describe this isthan what he said about picking the guitar again after almost 3 decades.

“It was that moment around dawn, morning time, when no one else was around. I decided to have a go and it felt so, so, natural. I could put my fingers exactly where they were 30 years ago (laughs) and yet it was so fresh. I think that was the most glorious of moments.”

Roadsinger is, without a doubt, an album that will warm you through the night.

P.S. Here’s the story about how he becamse a Muslim, how I know it at least (from a really old interview I read in a magazine). When he was in Morocco, he heard a ritual Muslim call for prayer, that he learnt was “Music for God”, which left him pretty shocked, as he had never heard of music for God before. A while from that, in ’76, he was in a boat, reflecting and writing songs off the coast of Malibu. A storm began, capsizing his boat and leaving him to drown. After a while, he shouted “Oh God! If you save me I will work for you.”. Seconds after he said that a big wave appeared and carried him to shore. He pursued in chasing the right way to serving God and looked into several religions, and finally, settled to Islam, gave up music and dedicated the next two decades and a half to educating people and philantropy. I don’t know if this story is true, or if he did in fact supported the fatwa against Salman Rushdie, but this story touched me, and at least to me, he always seemed a man in search of peace. Who knows, perhaps some day I’ll get the chance to ask him some questions and then I’ll tell you for sure.