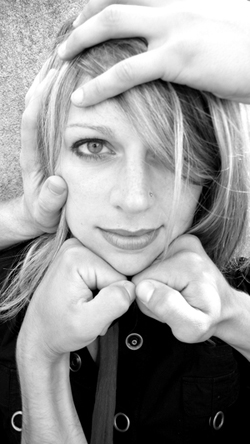 Originally from Ohio, singer-songwriter Kate Tucker made her way to Seattle where she met the musicians who would later become her band of Swedes. She’s a balladeer considered by many in the Suzanne Vega, Neko Case and Tracy Chapman mold. I’d say these are flattering comparisons, considering her debut self titled album, has just been released; a confident collection of multi-textured and colorful rock based songs full of acoustically intimate, moodily atmospheric tracks.

The album can be very summarized by the the stand out track “Faster Then Cars,” a slow motion soundtrack revolving around a soft guitar riff and Kate’s passionate, comforting vocals. The song’s title seems a bit ironic, considering the song’s slow paced tempo.

Kate Tucker and the Sons of Sweden make up  a melodic pop group, that shines with simplicity and shimmers with sensuality, their new record being more then worth checking out.