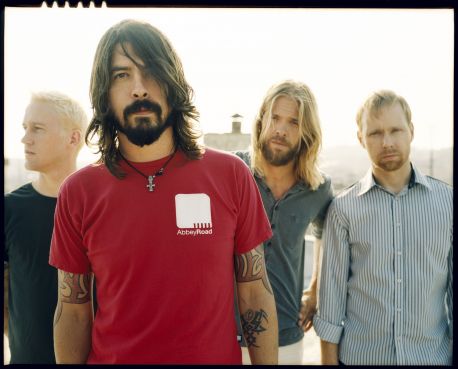 A few months ago Dave Grohl wrote an open letter to metal gods Metallica, urging them not to ‘release it until it kicks ass!’ Now, with only a few weeks before Death Magnetic hits the shelves, things are getting really tense and Metallica wants to make everybody proud, even the Foo Fighters. So, with this in mind joining Metallica on September 4th for a live Death Magnetic listening party, from the Metallica HQ, will be Dave Grohl and Tony Hawkings from FF. Here’s how a post from the Metallica officals boards says:

You may have heard a little something about a radio show being broadcast live from our very own HQ . . . well, we figured it would be a lot more fun if we invited some ‘Tallica fans to come hang with us and low and behold, one thing led to another and Foo Fighters Dave Grohl and Taylor Hawkins actually said “yes!” So on Thursday, September 4, we’re going to hang out, play tracks from “Death Magnetic” and chat with Dave and Taylor.

Check out your local radiostations for live broadcasts (the stations will be posted this week), but it’s much easier if you stream it directly from metallica.com and missionmetallica.com. The one hour listening party extravangaza starts at 6.00 PM PDT.