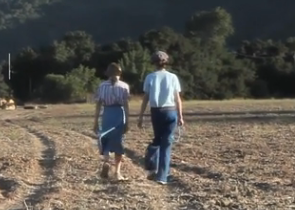 Warpaint’s Undertow has been haunting me for a few weeks now, slowly making its way on the top of my playlist, and today I couldn’t be more thrilled to hear the band released an official video for their debut’s first single.

The video is pretty simple, but pretty much follows and feels what the song would look like if sound would’ve been transposed into visuals – scenes of reminiscences and passionate memories. As a fun fact, it was direct by Shannyn Sossamon, the band’s former drummer and the bassist’s sister. Yeah, this is her.

The fool is out October 26th on Rough Trade Records.