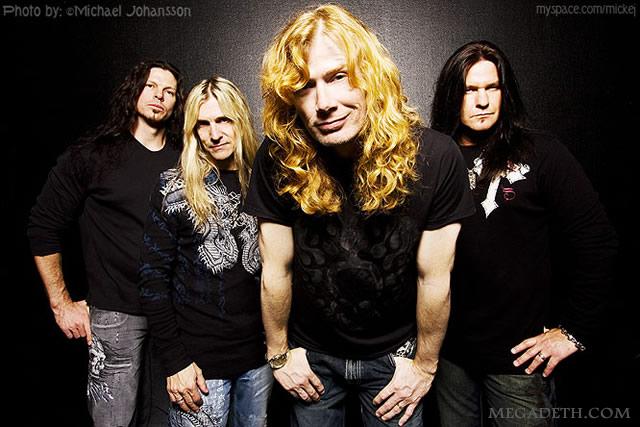 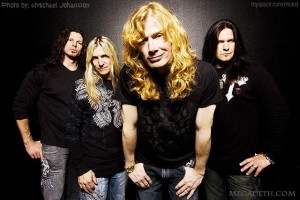 Check out the video posted by Megadeth on their official twitter page, with the band’s recording session and working progress for their 14th album.

The album is being recorded in Vic’s Garage from California, which is actually Mustaine’s studio, and is set to be release at the end of this Spring.
Also, the band’s bassist David Ellefson wrote on his facebook page about the recording progress for the new album:

Having a great week here at Vic’s Garage laying down bass on the new songs. Really some great, great songs taking shape at this point in the recording process. I told Dave [Mustaine] today that one of them totally reminded me of the earliest stuff back when we first met. Fast, ripppin’ and fully bringing the REAL old-school MEGADETH sound!!!

It’s really coming well. In fact, right before I cam here, I was just down [in the studio] playing some bass. We have ten tracks done as of now, at least the bass and drum tracks, and you can really hear the songs coming together now at this point. And boy, there’s some great stuff. I mean, it really takes me back to some of the real origins of the MEGADETH sound from back in the very beginning, which I’m thrilled about.

And Mustaine also talked about the label situation:

We have a new label. We left Roadrunner; we completed our contract with them, which not a lot of many metal bands have the luxury to have been able to complete contracts. They usually either break up or quit or give up and stuff like that, but we were honorable and finished our contract with them and we moved on. And we’ve actually got a fantastic relationship with a brand new label that we’re gonna be telling everybody about real soon. We have eleven songs already recorded. We wanna give them thirteen, ’cause, you know, the B-sides and Japanese releases and all that kind of crazy stuff.

Check out the video from their recording sessions.