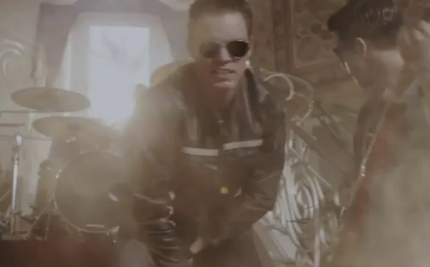 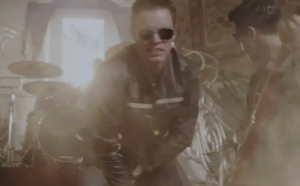 California based four piece KilR are prepping to hit the mainstream and finally make it big, or at least that’s what they’re hoping for, once with the release of their first official music video for “Crazzzy“. Frankly, with their current attitude and work ethic, I don’t see why they can’t move in on the radio guitar rock niche in the close future as a dominant force. The video itself, works around the same radio motif – expensive cars, mansions and hot, half naked girls all over the place, but is it enough to make them stand out from the rest of the crowd out there? Well, from my conversations with Chuck, the band’s bassist, seems the guys are confident, and their current launch campaign involves getting 100,000 hits on YouTube in just 48 hours from its release, or from the moment this post went live. Fingers crossed! Check out Crazzzy below.

Crazzzy is off the band’s yet untitled full length studio release. This Friday and Saturday night, the band will be throwing a media blitz party, which ZME’s own Hailie Hay will attend as well. Party hard, girl!