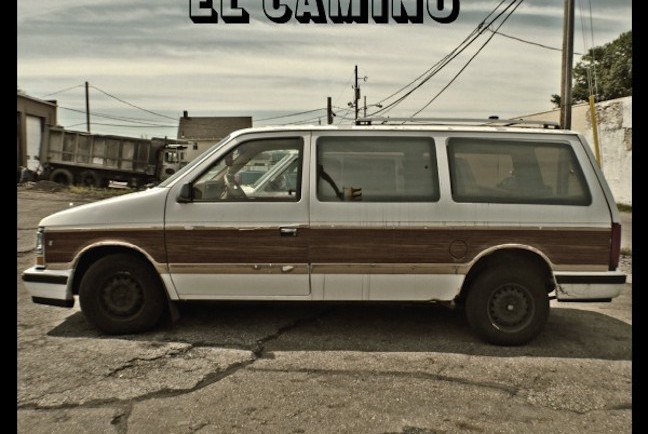 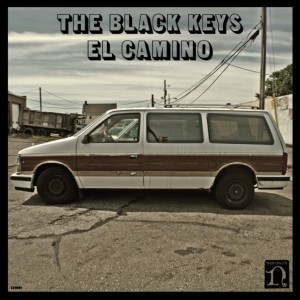 The album probably shoulda been called “Tighten Up,” considering that’s what Danger Mouse helped the Keys do for the songwriting of this record.  Funny thing “Tighten Up,” too: If that was the band’s attempt at a pop song (within a retro-soul record), El Camino, and especially lead single “Lonely Boy,” is their attempt at a pop record.

And, of course, since it’s Danger Mouse and it’s on a major label, the hooks aren’t happenstance like they used to be.  There are melodies – big ones – and Dan’s guitar is the cleanest dirty I’ve heard in years.  It’s like polishing…well, an El Camino.  Perhaps most importantly, the songwriting has been stripped of Brothers‘ bloat.  (Which is odd considering Danger Mouse produced both, and co-wrote El Camino.)  Sure, this set has instrumentation outside of the duo’s original specifications, but a little fuzz bass here or a supporting keyboard part there doesn’t overrun the melody or unnecessarily swell the songs with superfluousness.  Here, the Keys just wanna rock out.  It’s simply a fun 38 minutes of (arena) blues-rock:  “Money Maker” has a talk-box solo;  “Little Black Submarines” has a shit-hot arena-rock guitar solo; and  “Lonely Boy” has a built-in call-and-response chorus.  In short, it’s blues-rock the way it should be: messy and entertaining.

Which explains Dan’s messy life and why he’s still having girl troubles: Either she’s constantly making him wait for her, or she’s “the worst thing [he’s] addicted to.”  But in either case, he still “runs right back to her.”  Thankfully, he does concede on one song, “Sister,” that the only healthy decision is to end it.

Can you really take a personal form of expression like blues (or blues-rock) and transform it into something designed to be played at Madison Square Garden?  Apparently.