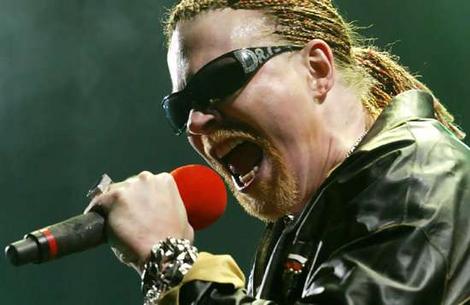 I didn’t want to believe it when I first heard “Chinese Democracy” was gonna finally go live sometime this year, but it seems more and more veridic that the fact is, indeed, happening! The 14 years album in the making by what’s left of the Guns N’ Roses, just a shadow of its former, glorious self, is, as previously reported a while back, going to officially hit BestBuy stores (where the album will be released exclusively. Yes, money) on November 25th.

Now, the tracklist, together with a crappy rendition of what seems to be one of the three official cover arts for Chinese Democracy. The cover has been released by Best Buy, so, dissapointing as it is (as the rest of the album, most likely), you’re gonna have to get used to it. Check out the tracklist bellow, including the six tracks leaked by a fellow blogger, 27-year-old Kevin Cogill, who later got arested; as well as the cover art.