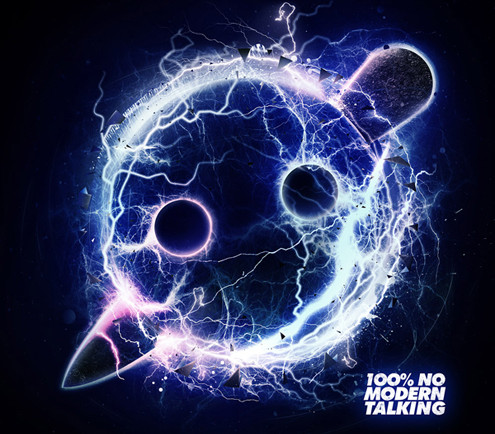 In June 2012, Rob Swire, producer and lead singer of Pendulum, announced on twitter that there would be no further Pendulum live shows and no current plans for a new album in 2013. Having been seriously impressed with their third studio album, ‘Immersion’ and seen them put on an incredible live show at Nottingham’s Capital FM Arena, I was disappointed to learn of this news.

When asked why Pendulum were splitting, Swire responded; ‘We’re having too much fun with the Knife Party project. It’s also great because Pendulum towards the end sort of felt like we were doing it because we had to and that’s never a fun way to do music. Whereas Knife Party is pretty much solely us doing what we want to and if no one likes it we don’t care’.

So I decided to listen to his new project, Knife Party; an electro house/dubstep duo founded by Swire and fellow Pendulum band member Gareth McGrillen, to discern whether they were worth Pendulum splitting up. 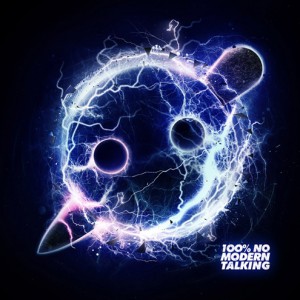 Their first EP-‘100% No Modern Talking’, released in December 2011, established them as a powerhouse of hard hitting, eclectic, aggressive EDM. For me, the standout track is ‘Internet Friends’; an exciting tune which features outstanding, horror movie style build-ups, followed by great, satisfying drops. However, what is most unique and interesting about this track is the entertaining script throughout. A bunny-boiling female voice poses threatening questions at the beginning; ‘Surely we can be friends?’ and ‘Is she hotter than me?’ which become more and more ominous as the track progresses, culminating in the pronouncement; ‘You blocked me on Facebook. Now you’re going to die.’ This makes for a really fun track to listen to and I was instantly impressed.

‘Destroy Them With Lazers’ begins with a panicked, synthesised heartbeat that really works you up, and continues with video game-esque sounds that keep you in the mood. ‘Torniquet’ is a hard hitting tune that would certainly be well received in clubs, however I couldn’t help but lose interest halfway through. In ‘Fire Hive’, a track of floor-shaking bass and eardrum-shattering drops, I recognised layers of sound reminiscent of ‘Tarantula’. All in all, I was impressed with ‘100% No Modern Talking’, but not enough to accept the split of Pendulum.

However, after listening to their second EP-‘Rage Valley’, released in May 2012, I began to appreciate their direction away from Pendulum a lot more. The EP begins with its namesake, ‘Rage Valley’, which I saw as a trailer to the EP as a whole; highlighting Knife Party’s versatility and foreshadowing what was to come. Next up is ‘Centipede’, and it doesn’t get much better than this track; a nature channel style introduction foretells the aggression to come, and the track is a blazing show of angry bass, synths and lasers. I was seriously impressed with ‘Sleaze’; to me, the beginning sounds like the Jaws theme tune and the build-up to the first drop is epic. But what I liked most about this track is its ability to make you want to get up and ‘move your feet’. Similarly to the last track of ‘100% No Modern Talking’, ‘Bonfire’ is again reminiscent of Pendulum, and finishes the EP nicely.

Now, let’s get one thing straight. There is only one way to listen to Knife Party, and that’s loud. Really loud. The more I listened to them, the more I understood what you have to do to fully appreciate their music. Ignore your love for Pendulum. Swire and McGrillen have gone in a totally different direction regarding the overall sound of their new project, and I for one am definitely looking forward to their next showing.