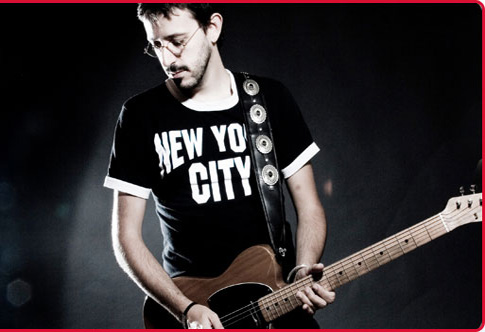 “There are a lot of stories I could tell about places I played and people I played with,” says Jorge Otero, the founder and only continuing member of the Spanish rock band Stormy Mondays, a name that most hardcore blues fan can relate to, being the title of one of T-Bone Walker’s classic songs. Indeed Jorge and his band have traveled and played in a lot of places, from the rainy Spanish Northern Coast, to the American highways and huge festivals. What makes his music truly interesting is the fact he narrates and shares his experiences, not merely through words, but rather through his bluesy/rootsy music.

Although, the band is Spanish (from Oviedo), their music is quite global, with most songs sung in English. In the last few years, however, Jorge Otero has been more concentrated on the more corporate part of music, namely he became engulfed with work at his label, Dusty Roses Records, promoting and helping out emerging artists, neglecting his own music in the process. It took him years to disentangle himself from the business and start writing again, but he finally came through and just released a three track EP, titled “On The Run” available for free download from the band’s official website. The EP also comes in a limited edition CD version, which can be bought here.

The songs radiate with immense energy and feel good vibe, packed with Otero’s new found creative freedom. Be sure to check out the band’s upcoming releases, as Jorge promises to releases a few more EPs this year.