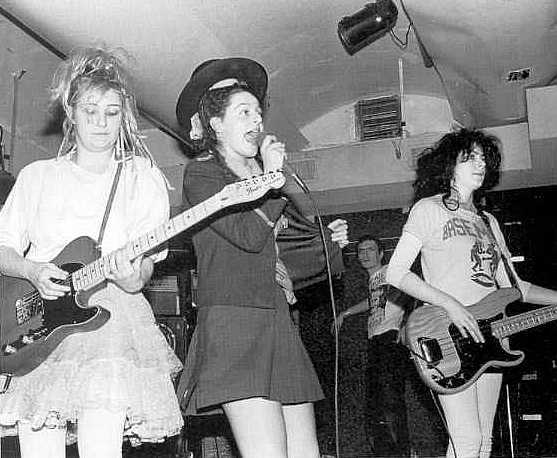 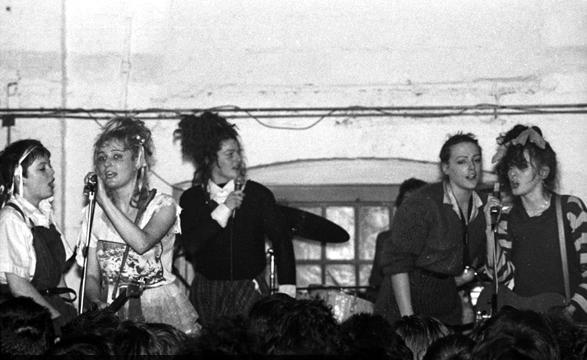 Criminally underrated or obscenely overrated? Regardless of your answer, punk outfit The Slits left a remarkable legacy in their wake. Precisely what their legacy represents is up for discussion more now than ever as 2009 marks the 30th anniversary of their debut Cut.

The Slits are, or rather were, a British punk band who came together at the climax of the UK punk scene. Formed in the great rock tradition after a fateful meeting at a Patti Smith gig, the first Slits incarnation comprised of teenage frontwoman Ari Up, drummer Palmolive, Tessa Pollitt on bass and Viv Albertine, on guitars after a brief stint with Sid Vicious’s Flowers of Romance project.

From its notorious sleeve shot of the band members caked in mud and sporting loincloths, Cut managed to detract any preconceived notions about what to expect and cemented The Slits reputation as unignorable pioneers of the new musical tradition. In an era that rejected heroes, Ari Up in particular became a figurehead for the jaded youth movement. Although strong females such as Poly Styrene, Siouxsie and The Raincoats were visible at the same time, punk was an increasingly difficult subculture for women to belong to, with violent attacks marking many shows and street encounters. The novelty factor undoubtedly added to the Slits appeal and Ari Up has previously recognised the tribal appeal of the group and the familial relationship with their followers, which has led to their cult-ish status today. Recorded with reggae producer Dennis Bovell, Cut revealed a surprising amount of restraint. Despite cutting their teeth in raucous live performances, the sound contained on the record is a slick fusion of punk ethos and reggae rhythms. The rough edges are all but ironed out and although the record is still a punk one thanks to the distinctive snarls and shrieks, the Slits live performance is a world apart from the vinyl version. In comparison to the later versions of post-punk that emerged from CBGB’s, there is a rawness of sound in Cut that is absent in the produce of most of their contemporaries.

The Slits managed to carve out a distinctive identity for themselves in an era that increasingly generated punk clones. Cleverly mixing reggae and dub styles with punk ethos and attitude helped raise the band above the swarm of pretenders. Although they never claimed to be feminists, their progeny of 1990s Riot Grrrls were to cite their British predecessors as a trailblazing influence. Journalists looking at The Slits from a pseudo-feminist standpoint miss out on the point of punk in the first place – it was a genre that rejected notions of musical competency in favour of attitude and pioneered a DIY aesthetic towards music. In other words, anyone could pick up an instrument and form a band, even teenage girls and angry young women. Learn 3 chords, spew vitriol about your life and you could make a record! In this context, the Slits excelled in the musical revolution with their 1979 release and embodied punk in more ways than the majority of their more notable contemporaries. By blending less popular styles rather than sticking with guitar-based rock, the Slits were way ahead of the game.

Cut has yet to be re-released in a specially packaged anniversary edition to be consumed by a new audience but give it time. Like many staples of the punk era, the Slits regrouped in the 21st century and toured the EP “Revenge Of The Killer Slits” which carried on the punk tradition by featuring none other than Sex Pistol Paul Cook’s daughter on keyboards. Reports are in that they will be recording new material for release on Narnack Records but the jury is still out whether it will be a match for the seminal Cut. But sticking to expectations was never The Slits style anyway, was it?