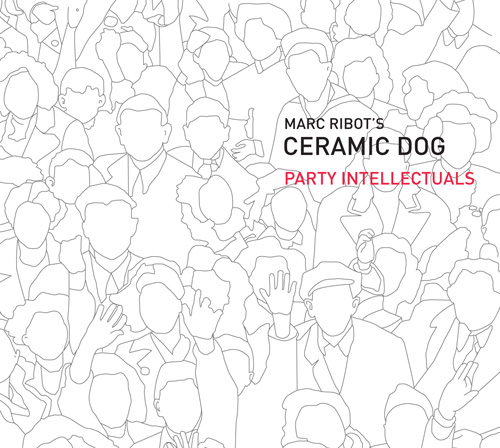 Hello, yes? I know. I understand exactly why you bought the Kings of Leon’s last record. Honestly, I do – I bought it too, after all. And, yes, it’s a fine record, where the band finally jumped to the left-hand side of the pop/rock divide, which they’ve been aiming for since forever. And they packaged that with a few good sing-a-longs, and two massive radio hits that may drive me to murder children if I hear them much more. That’s also the reason I haven’t listened to the album much since November: it all feels like a clinical, calculated, cynical attempt at completely dominating radio playlists and music television, right down to the oh-so-sincere look of artistic anguish on poor Caleb Followill’s face at the end of the Use Somebody video. If the Kings of Leon were members of some evil, megalomaniacal brainwashing cult, you can bet we would be too by now.

I bring this up because if there was ever a rock record to hold in direct contrast with the Kings’ desperate grab for radio ubiquity, it’s Party Intellectuals. And it’s not even that it’s sitting off to the side, quietly doing its own thing, oblivious to the whims and sounds and needs of rock radio: it seems to have been created specifically to avoid any kind of airplay. It could be classified in any number of unhelpful ways: digital noise-rock; avant-garde pop-rock; willfully difficult jazz rock; bloody insane. If Chris Cornell thought singing some poxy unused Timberlake b-sides was inventive and challenging, his ears would implode into a thousand tiny pieces, leaking blood and brain gloop down all over his stupid designer Varvatos jeans, after hearing a mere ten demented minutes of Party Intellectuals.

Of course, Ribot – session guitarist extraordinaire – is nothing if not a veteran of navigating uncertain musical territory, having guested on albums that tested boundaries in all sorts of ways, from Raising Sand‘s unlikely pairing of Robert Plant and Alison Krauss, to the many works of post-Swordfishtrombones Tom Waits, to his own solo work that dabbled in Cuban street music. And Party Intellectuals definitely takes its lead from the latter two examples than the sweet country sounds of the former. Then throws all that into a blender, chucks in some amphetamines, alcohol and good-natured weirdness, and presto: instant Ceramic Dog.

Billed as Ribot’s first proper rock band that isn’t a side project, Ribot sets out his stall straight out with his cover of The Doors’ Break On Through, where he takes the towering colossus of a riff, and magnifies it into something far more destructive – his mission statement was to, indeed, break it through to the other side. And that he does – the classic rock swagger of the original is melted down into a blazing punk rock barnstormer, barely pausing for breath between the lyrics Ribot speedily spits, and the blazing, freak-out guitar solos.

And it just gets weirder. The title track sounds like digital funk as played by a malfunctioning Guitar Hero game (which, believe it or believe it not, is a good thing). Digital Handshake is a meandering 10 minute instrumental with guitar breaks that can only be described, somewhat onomatopoeically, as “skronking”. For Marlena and Girlfriend take things back into the vicinity of conventional melody, but never quite go where you expect them to. And it’s not all dysfunctional jamming, either – Pinch and Never Better feature some fine blues-rock playing from Ribot, and bassist Shahzad Ismaily and drummer Ches Smith are capable enough to follow his lead admirably, whether he delves into the darkest pits of invention, goes pseudo-lounge jazz on the cheerfully zany Todo El Mundo Es Kitsch, or settles on an agile rhythm on For Marlena.

But the real revelation is how inherently menacing some songs are. And not the ones you’d expect – not the skronking ones. If anything, atonal guitar slaughter is the fun, bouncy side of this record. When everything slows down, and you can hear every little detail in the song, that’s when things start to get disconcerting. Take Bateau – a beautifully atmospheric song, with some delicate lead guitar out in front. Then you listen to what’s going on behind… out-of-time banjo plucks… metallic clanging… it all starts to sound like Ribot’s take on Waits’ deliciously chilling What’s He Building. Then the tearing sounds start, and you get the feeling Ribot is no more in control of this than you are.

But the real highlight of the album is When We Were Young and We Were Freaks – an eerie, downtrodden ode to a broken old relationship, told in fractured sentences, full of abstract metaphors and rhetorical questions. “What the hell did we ever have in common?” he demands of his lost lover, as he drags us into a dark nostalgia. “I remember the time we spent/ on your planet/ when we were young and we/ were/ freaks!” It’s the most quietly violent song I can remember hearing, and if I was going to give a “download this song” recommendation – which I’m not, because that’s dumb – it would be this. 8 minutes of grim perfection.

But overall, it has to be said that this isn’t an easy album to listen to. Especially not in one sitting – I found myself breaking it into three sections, and listening to some Mudcrutch or Kelly Hogan in between each one. It’s unrelenting in its weirdness, and even though there is a sense of humour behind a lot of it, it’s easy to write it off on your first listen as intentional obtuseness, and condemn it as being pretentious nonsense. But give it a chance, and you’ll find that it’s not – it’s actually just rock music for people who aren’t quite satisfied by Sex On Fire.

4 – When We Were Young and We Were Freaks