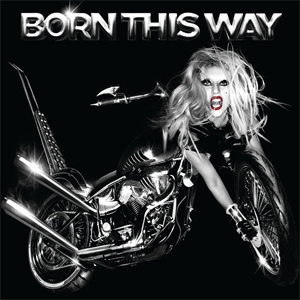 Billboard announced a new rule about SoundScan counts: if your album is sold for under $3.49, it doesn’t get counted toward your Billboard ranking.

Everyone seems to be assuming that this has something to do with the 2-day, 99 cent sale of Lady GaGa’s latest, Born This Way, which went platinum in a week.  Critics argue that a large part of such chart domination was largely because it was sold as such a low price considering 440,000 of those copies were sold on Amazon’s mp3 store for the bargain rate.

However, that 2-day low rate did come at a (ahem) price to Amazon; it reportedly lost $3 million in doing so. As Pop and Hiss put it:

As with past Amazon promotions, the retailer sold “Born This Way” as a loss-leader, paying full wholesale price for the album. The industry trade magazine Billboard, which publishes the U.S. pop chart, noted that Amazon paid $8.40 for each digital copy it sold, and estimated that Amazon sold more than 440,000 downloads at the 99-cent price.

Anyhow, the new rules also affects EPs and single tracks.  For EPs the new rule is: “Unit sales for albums or EPs with 8 or less tracks will not be eligible for charting if the retail price is less than the sum of the tracks on the release, multiplied by $0.39.”  For single tracks: “Unit sales for Digital Tracks priced below $0.39 during their first three months of release will not be eligible for inclusion on Billboard’s digital songs charts.”