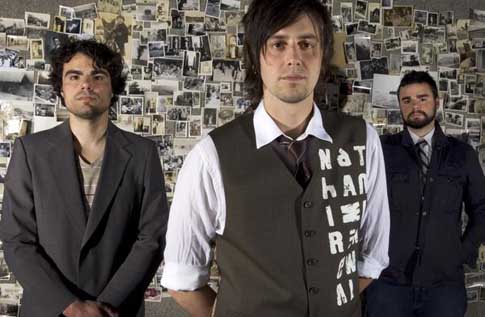 Bryon, Nolan, and Danny Rossi are three brothers from Detroit, Michigan. Together they’re both a very close family, but also a very talented indie/pop band called Schaeffer. The band’s nature is a bit peculiar and contradicting at times, seeing how Schaeffer is considered by many an underground act, although they play a very open, honest and fresh pop rock. The thing is they play some really radio friendly music, without sounding mainstream (I’ll extrapolate a bit further soon) at all and this more then makes me thing the band could really make it big, in the near future.

Schaeffer’s latest material is the concept album “Something Worth Fighting For,” the follow-up a extremely well received and critically acclaimed debut, “No Ordinary People” (produced by Stephen Leiweke). Although the album isn’t particularly mind blowing, it’s still very good and when you consider the band had the courage to put out a concept release, you can’t help but appreciate their musicianship. Basically the whole album’s concept revolves around a car crash, broken relationships and lost love. The number of power ballads on the record may be a bit too high, but they do a great job in exposing the band’s best qualities. The more pop hooks, the better. Very curious, indeed, to see how the Rossi brothers will evolve in the following years.