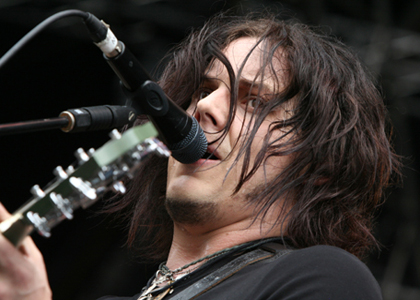 …but don’t get your hopes too high just yet.

Over the last few years, the White Stripes frontman, Jack White, one of the most influential frontmen/guitarist of the past decade, has surprinsingly steadily shifted his attention to side projects. In 2008 he released “Consolers of the Lonely” with long time collaborators The Raconteurs, after which he continued in the following year of 2009 with the heavy riff infused “Horehound” with the newly formed The Dead Weather. It’s pretty obvious why, in a recent interview with Rolling Stone Magazine, Jack White was asked whether or not he is considering a solo record.

Are you still looking at a solo album or albums?
Eventually, yeah, for sure. I mean, for example, in the beginning of 2009, my manager says, “What are you going to do this year?” as if there was nothing on my plate at all. And I said, “Don’t worry. It’s going to be OK.”

What would actually constitute a Jack White solo album? How would that be different than the other stuff you’ve done? Would you have to play all the instruments?
Maybe so. I’ve never done that. I thought about that. That might be the challenge — to differentiate from anything else that I’ve done. I’ve been so involved in the other projects, and I’ve produced them. I’d rather call it directing, you know. It seems like I’ve directed those albums rather than produced them. That would be the thing for me to do… think about a solo record. I wouldn’t know until I get there.