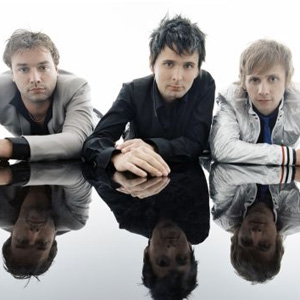 That’s right boys and girls, the British trio is working on something (we hope will be) just as good, if not better than ‘Black Holes and Revelations’. Back in their study in Italy, drummer Dominic Howard took the time to talk a bit about their work.

“About a week ago we just started on some new stuff and actually started playing some new tracks and writing some new songs. So we are just getting the ball rolling again,” he told BBC 6Music. “We’ve been off the kind of creative period for so long, being on tour, so once you get back together – you have to start thinking that kind of way. You have to kind of push that ball and get it rolling.”

There’s no doubt about the fact that they’ll be able to shift into creative mode; if ‘Muse’ can’t find inspiration, then who can? Still, the general sound of the album is still unclear:

“You get a whole bunch of ideas in the can and it’s not until later on that you actually decide what they should sound like and where they should go really,” he said, before adding that “it’s really exciting times.”

Muse are headlining the V Festival in Chelmsford and Staffordshire this August – their only UK festival dates. So what’s left to say, other than the fact that we eagerly await their releases? Not much!