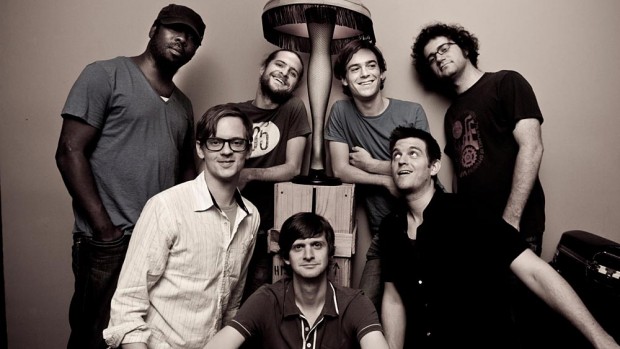 It was probably only a month ago that several of my friends and colleagues started talking about this band, “Snarky Puppy“. Despite my jazz/fusion background, the group had been completely unfamiliar to me. So of course the only thing that I could do was listen to every track I could get my hands on. Not much to my surprise, the collective had struck/slapped/punched me like few bands have the capability of.

The clash of 90s R&B, progressive rock odes, alternative hip hop, rhythmically intricate phrasing and dense instrumentation led to more than just one listen – of course. The collective, which is made up of about twenty-five musicians (no there aren’t twenty-five musicians on the stage at each gig, but there apparently are in this video) mostly come from Texas. More specifically, The University of North Texas – a school that is lauded for putting out some pretty monster musicians. 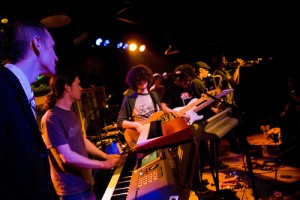 Just so happens upon my recent acquisition of learning that the band is currently engaging in a fifty gig American and Canadian tour with absolutely no breaks in between. This is a pretty wild move, and will probably prove exhausting for the founder, Michael League. Watching him live though provides absolutely no indication of being fatigued at all.

If you’re in the States or Canada and live in one of the cities listed in the link, you already know what I am going to suggest. This is the only education you need. Visit their Facebook page to see the tour dates.