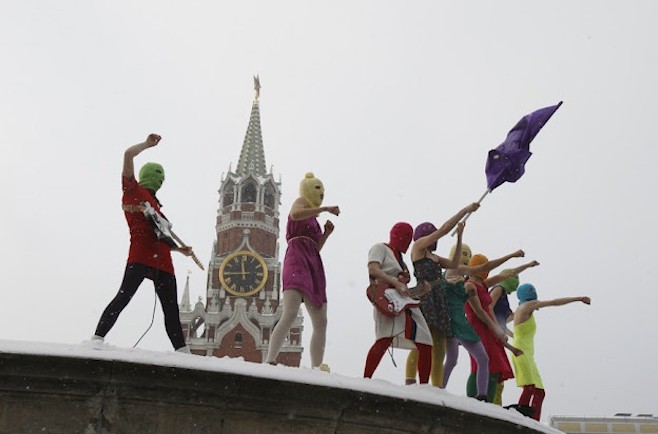 Russia is not a country prone to support freedom of speech, as members of the all-girl punk band Pussy Riot found out; truth be told, they screwed up. They entered a cathedral and played a song in which they asked Virgin Mary to rid the Russian people of Putin, former president, now prime minister. In any civilized country, this would cause them some serious trouble, but in Russia, the trouble was double. 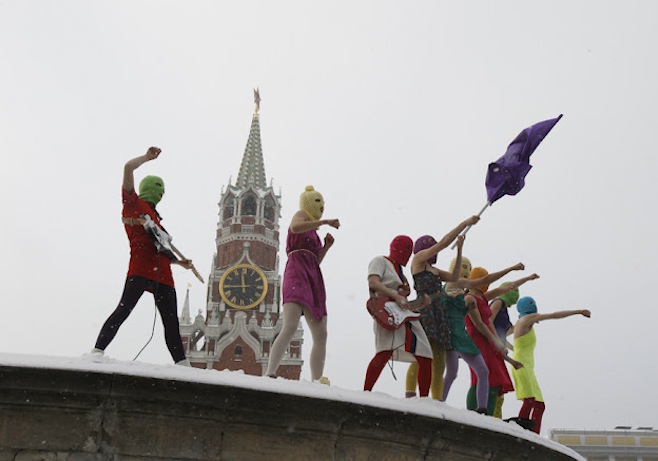 They were jailed for 2 years despite massive international support, from the likes of Madonna, Bjork, Red Hot Chili Peppers, Sting, and many others, and now, Russian police are searching for other members of the band, which might mean 10 people. Now this is where it gets fishy; arguably, you can jail them for public disturbance, for instigating messages, hooliganism, all that. But why would you want to jail other band members, which might have had no involvement with the act? That just doesn’t sound logical if you ask me. But wait, there’s more.

Gary Kasparov, perhaps the best chess player ever to walk the face of the earth, multiple world champion starting in his teens, was jailed as well. Why? He was protesting outside the courthouse, and officials claimed he assaulted an officer – with what, his mind? The whole sounds really dubious if you ask me. Either way, three members of Pussy riot are jailed, and others are still… pending arrest.