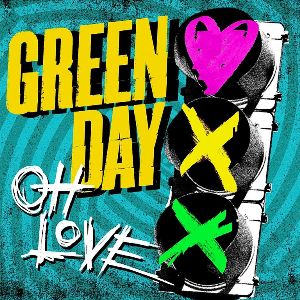 Breaking news! Green Day released their first single in two years! Okay…maybe this news isn’t exactly breaking, but I just got around to listening to “Oh Love” off of Green Day’s upcoming album ¡Uno! the other day. The fact that I didn’t even listen to the song, released on July 16th, until mid August really says something.

When I tried to think of a few words to describe “Oh Love”, ‘average’ and ‘meh’ immediately came to mind. I’m still not quite sure what type of sound they were going for. At first I thought I heard a bit of the Dookie sound, but the quality is miles away from that of Dookie. If anything, this single sounds like it belongs on their 2000 release, Warning; a five minute song that feels fifteen minutes long with some uninteresting repetitiousness.

To be fair, this track has the ability to bring back some good memories for any Green Day fan. The rather soft first verse featuring only frontman Billie Joe Armstrong leading into Mike Dirnt and Tre Cool powering in for the chorus is something that Green Day does that always works for them. The guitar solo is the highlight of the song, bringing the song a step above pure mediocrity. The final consensus? It’s not amazing, it’s not terrible. Not good, not bad. Definitely adequate, but Green Day shouldn’t be practicing their Grammy acceptance speech anytime soon.