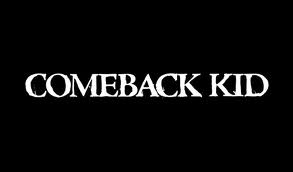 Fans of Canadian hardcore punk band, Comeback Kid, will be ecstatic to hear that they will be releasing their sixth studio album, Die Knowing, on March 4th. They released a teaser video that only confirms that they are as aggressive (yet still melodic) as ever.

“The goal with “Die Knowing” was to really capture the best parts of our live show and put those elements into the album. Lyrically, it’s a reminder to stay hungry while carving your own path, living life to its full potential. This will be the biggest and heaviest sounding Comeback Kid album to date,” frontman Andrew Neufeld says.

VictoryMerch.com  is now selling pre-order packages for the new album which will be available in-stores and digitally on March 4th. This is definitely one of the releases I’m looking forward to most this year.