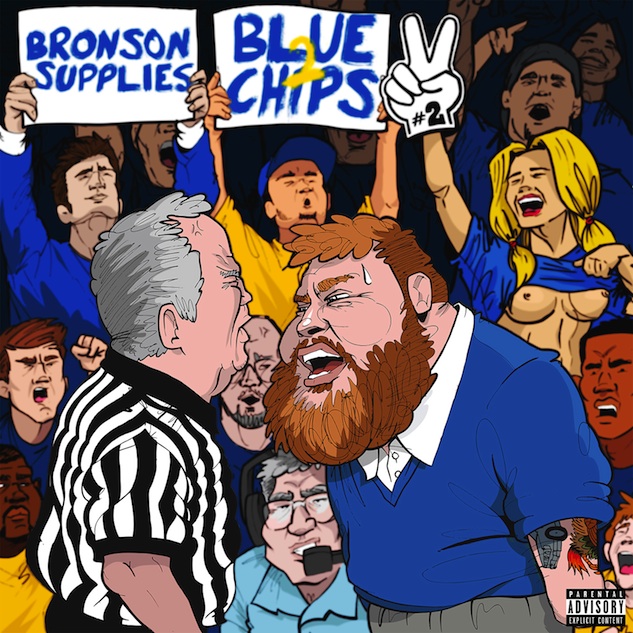 Action Bronson released Blue Chips 2 his highly anticipated follow up effort to last year’s Blue Chips earlier this week. Just like the first, this mixtape is produced entirely by Party Supplies. Between Big Body Bes’s frequent cameo appearances and the various Spanish commercial interludes, Blue Chips 2 is easily one of the funniest releases of 2013. The album has all the Bronson trademark aspects, obscure celebrity references, elaborate food eaten eccentrically, tons of weed, and big women. Blue Chips 2 does is another solid release by Bronson and continues to build hype for his upcoming debut studio album. Also there is a promo video for the tape definitely worth checking out.
http://www.datpiff.com/Action-Bronson-Blue-Chips-2-mixtape.545500.html

View all articles by ColeN