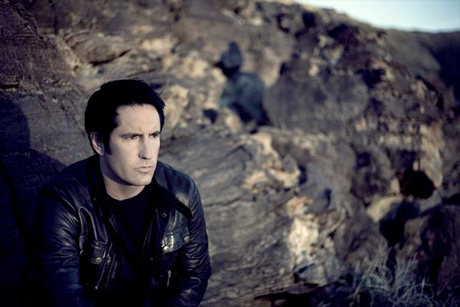 Last week(March 2), Nine Inch Nails shocked the scene, when they released their latest instrumental album “Ghosts: I-IV,” completely out of the blue and most importantly for free, to a certain extent of course. The first volume, out of four, was given out for free, while the complete record was put out in various formats, both digital and physical, ranging from 5$ to 300$ (the deluxe edition with uber NIN merc).

Now one week later, the figures are in, and boy oh boy aren’t they something. According to the NIN website, just under 781,917 transactions were made in the first week, totaling $1,619,420 million in revenue. And that’s just for its first week, expect it go even higher during the next few weeks. You know our opinion about the album, there’s no need to dwell anymore on that subject, moreover I don’t want to. Anyway, guess your disciples have reentered your good graces again, right Trent?

The uber-fan edition only accounts for $750,000 of those dollars, with all 2500 limited copies complete with vinyl, deluxe packaging and a Reznor autograph, being sold during its first week. The rest are accounted for from the fans who purchased the $5 download, the $10 physical copy (which will be released to traditional record stores on April 8), or the limited but not ultra-limited edition version for $75. I find it a bit surprising (hey you never know what to expect from these guys), that Trent decide to reveal to initial sale data, just after a week, while Radiohead, the pioneers of the free music movement, if you will, haven’t unveiled their sale reports even to this day. I don’t he did it just to brag about it, although he has a certain “I told you so” allure around him, but rather to show similar classed artists, that they can do it themselves and that they don’t have to depend on the ”
“evil” record labels anymore. Oh and speaking of Radiohead, when faced with the inevitable comparison Trent more or less dissed the English art rockers, calling their In Rainbows move “shrewd” but “insincere.”

“What they did was a cool thing; I think the way they parlayed it into a marketing gimmick has certainly been shrewd. But if you look at what they did, though, it was very much a bait and switch to get you to pay for a MySpace-quality stream as a way to promote a very traditional record sale.

“There’s nothing wrong with that – but I don’t see that as a big revolution [that] they’re kinda getting credit for. What they did right: they surprised the world with a new record, and it was available digitally first. What they did wrong: by making it such a low quality thing, not even including artwork… to me that feels insincere.”

Tsk, tsk, tsk, do I sense a bit of frustration there Trent? Either way, you’ve made a strong blow to the now dying, self-strangled record industry, that’s more then appreciated by fans and music lovers around the world alike.