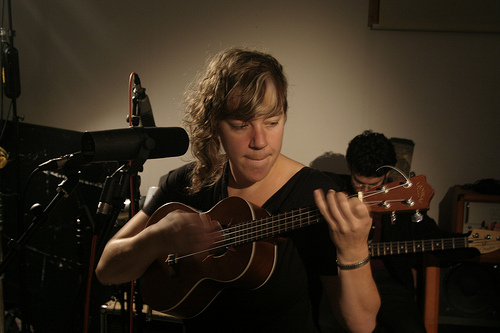 With such artists under their roster, like The National, Deerhunter, TV on the Radio, Bon Iver or St. Vincent just to name a few, it would have been only foolish for the British indie label 4AD not to make their own in-house show. Following the success of the amazing Deerhunter set at the 4AD studios from last year, the label have launched the 4AD Sessions – an ongoing series of video recordings with various acts from the label’s roster. The first band to play the sessions is Tune-Yards, the singular musical project of New England native Merrill Garbus, who performed five tracks at the Studio Plateaux at the Platts Eyot island in London. You can check out the whole session at the 4AD website, while bellow you can check out “Real Live Flesh”, my favorite Tune-Yards songs and one of the five played in the session.