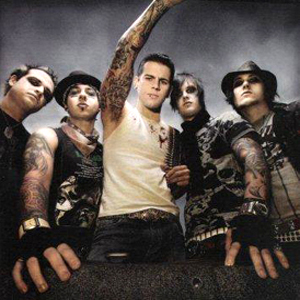 Apparently, Avenged Sevenfold are getting a little sneakier with their marketing – they’re trying to jerk the expectation train as long as possible. While earlier this month, they offered the first preview of their album, now they’ve released a snipper of how the album will sound like.

I’m not really sure what to say, and you should never judge a movie by its trailer, but it’s a good sign of what to expect – loud, booming drums, energetic guitars and some overall tensions building moments – pretty much what we’ve grown to expect from them. In all honesty, it sounds really good, but will they deliver on the expectations? That’s a different story.

Avenged haven’t yet announced a release date, but that’s almost certainly going to come out soon – as they’ve scheduled appearances at the Rock USA festival, Heavy MTL and the Aftershock festival in late summer