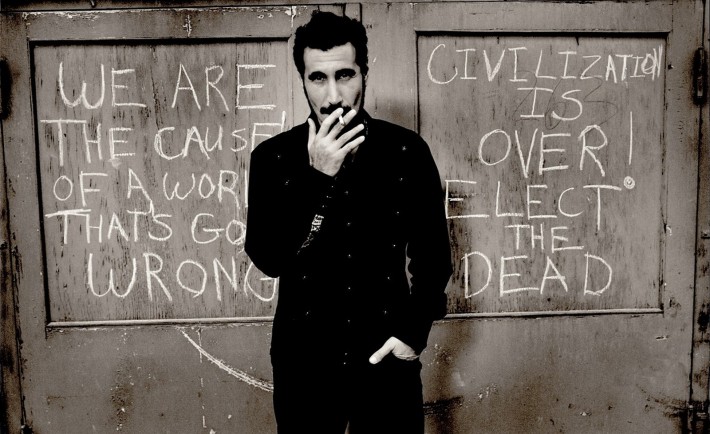 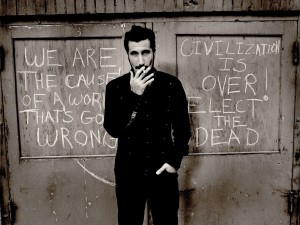 In an interview for Artist Direct, Serj Tankian the lead singer from System Of A Down talks about not wanting to start working at a new album. Asked about what are his plans for 2013 with SOAD and what does the band mean for him, Serj replied:

First and foremost, they’re my partners and friends I’ve created this music and career with over these years. I’m still very thankful. To me, it’s what I’ve done. It’s where I’ve come in. It’s something I enjoy doing. We started touring again three years ago for good purpose. I think we missed being a part of that together. Of course, we have a lot of fans and people interested in getting a record sooner rather than later. Things take time though. Everyone has a life and has to have the right frame of mind to make a record at the same time. Jazz-iz Christ and Orca will be my fifth and sixth solo records in seven years. I’ve been touring with System, The FCC, and orchestras around the world. I haven’t stopped. There hasn’t been much time-off. I want to make sure I have time for myself and my family. Only the four of us can decide what System means. I know the fans agree that’s what System is, and that’s amazing.

Which, if you ask me, it doesn’t mean that he doesn’t care about the band, and I actually like the idea of not recording an album just like they are recorded nowadays (one song per day, with lyrics that don’t mean anything, stupid beats and in one week you’re done with the whole new album). This guy really wants to do something good, and involves in his music, which is something to appreciate. And he also says that:

I can’t write a forced record. It’s like romancing someone at a time you don’t want to be romantic. It’s not even a choice. We’ve enjoyed touring a lot. All of the tours have been well-received. We play really tightly—probably better than we ever have. It’s been cool. A new record requires three years. It’s not something I can do right now. When I can commit to a three-year album cycle, I’ll be down to do it

See what I mean? Three years for an album, that’s more like it.

Exactly! You can’t take orders. We’re not making pizza [Laughs]. You can’t do it on anyone else’s timeframe.

So what do you guys prefer, an album recorded in one week with no meaning, or an album that takes 3 years to record but really has something special?