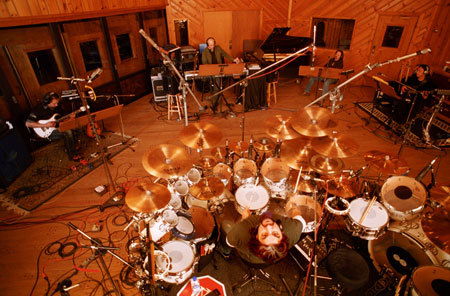 As we told you a few days ago, Dream Theater are in the studio, preparing the release of another awesome album. Their self titled album will be the band’s 13th releasse.