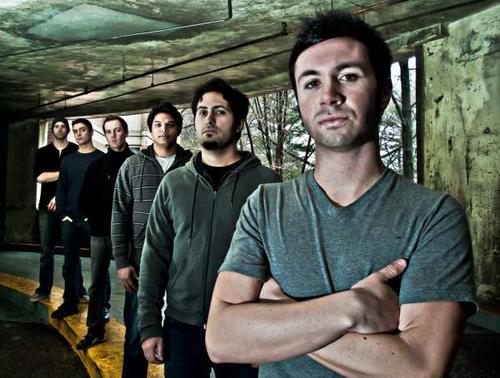 The guys from Bethesda, Maryland are in the studio, working hard on their new experimental album, “Clear.” You can listen to a small preview below.

“Clear” is a different kind of concept album, with only six tracks; each member individually wrote a track, and the sixth one combines them all in a dramatic fashion. I’ve always loved Periphery for how good they are, and their unique, future metal sound, so I’m really looking forward to this.

Speaking about their experimental release, they explained that the inspiration for such an album came from Deftones guitarist Stephen Carpenter who suggested the idea when they toured together last year.

“It’s rare when you have a band where every member is capable of writing and producing music,” said guitarist Jake Bowen in December. “With each member controlling their own track, this recording enabled us to go down any path we chose in terms of style and sound.”

They also stress that this shouldn’t be confused with their third full-length album (Juggernaut – also in the works), nor should it be considered an EP. Clear is set for release on January 28, 2014, while Juggernaut is also scheduled this year, but no clear date has been revealed.