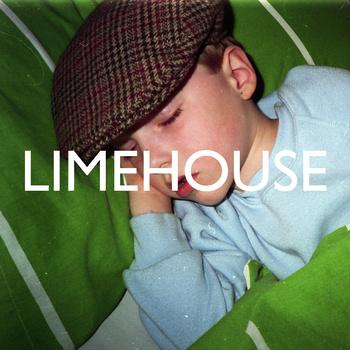 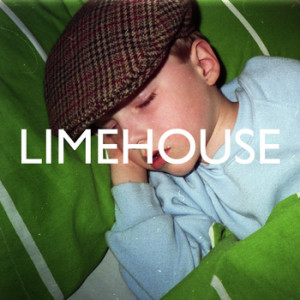 Singers, songwriters, singer songwriters…everywhere you look more seem to appearing. Peter Darling is something of a unique proposition. Not just in that he is a slightly quirky bloke to have a chat with, but that his music is engaging, exciting, classic and complex, whilst being simple and instantaneously captivating. He has just released his second album, Limehouse which marks the first of what should be a prolific rate of work that will see him releasing a collection of ten songs every six months. A self set challenge, it is his admiration of artists such as Ryan Adams who regularly produce good, consistent output that his inspired him to do this.

The kind of man who is a fan of music, rather than a fan of a particular genre of music, Limehouse is a smorgasboard of a whole variety of styles and riffs. ‘I rip off stuff from everywhere. I would love to be able o sit down and say that I am going to produce an album in the style of x, or write a collection of songs that is purely y, but the truth is, I get bored.’

With only twelve notes and limited number of chord arrangements to play with, it is no wonder that artists end up raiding the musical canon. What is striking about Limehouse is that those elements have been not added on, but absorbed into the songwriting, to create something wholly original yet soothingly familiar. The diversity of genres does not result in something jagged and jumpy, but an excitingly seductive collage of sounds.

‘For this album I set myself the three reference points of The Pixies, Nirvana and Radiohead. But I kept listening to different things and finding they turned up in my music.’ Like the hauntingly delicate cover of Air’s Venus that appears late on in the album, and somehow fits in seamlessly. I don’t remind Pete that I thought Honest Again could have been written by the heath crawling ballad crooning artist Mr. George Michael himself.

As a massive fan of music (he cites his influences as everyone from Abba to Tom Vek, Radiohead to Rihanna, and in a previous myspace world stated that his ambition was to write songs that would ‘make Lady GaGa salivate, Burt Bacharach irate and Carole King prostrate’) is there any one artist that he would cite as the major influence on his work?

‘It sounds boring and predictable, but The Beatles. One of the things that I really try to take on bored from them is their clever song structure, and how they put in only what is necessary to make some brilliant music. Like I was doing the washing up the other day, and put on Beatles 1. (This story doesn’t get any more rock’n’roll). Before I had even soaped everything up it was practically over. It takes balls to make songs that short, yet so good. I have always wanted someone to listen to one of my songs, and then like it so much that they have to put it back on again because it is simply just not long enough and they need to hear more.’

Having been playing the guitar since his first few weeks at secondary school, Pete has been creating and losing himself within his own musical worlds for many years. As invigorating as the home town of Ashford in Kent may be (listen closely to Never Out Stay Your Welcome) moving to Leeds is one of the life events that has made the biggest difference to his music. As well as it marking a stage of growing up and growing into himself, the support and network that exists around the Yorkshire city makes and has it often cited as being one of the best music scenes in the country has made it a great place to develop.

‘I have played with fantastic musicians in both places, but yes, Leeds has definitely been amazing. There’s a real sense that there is no need to be pretentious, or cool, just that everyone is enjoying being creative.’

Despite living in such a rock’n’roll city however, Pete is not the sherbert snorting shot slamming type. A clear talent and ability to become something of a buzz, his main priority in life is being happy. ‘I love music, and I want my career to be in it, but what I mean by that is that I want to write music for a living and earn enough to live a settled life. I want to get married and have children, and fame and touring and the destruction that brings doesn’t really seem conducive to it. I prob sound a bit of a moron, sitting in my bed two bed flat on the outskirts of Leeds…who am I to worry about being famous…but yeah, that’s what I want.’

A modest ambition for someone with so much potential, and one that will surely be easily realised.