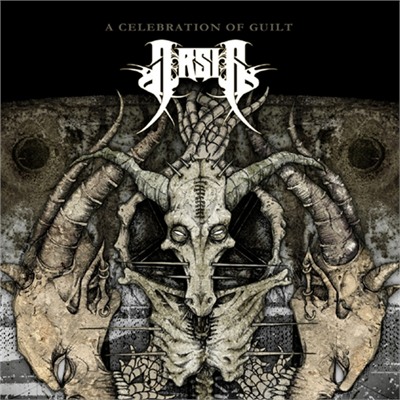 Technical melodeath band Arsis caught the attention of many with its debut record, A Celebration of Guilt. A combination of technical melodic death metal and frontman James Malone’s black metal rasp made them one of few reasons to get excited about American metal – and rightfully so, considering the talent that lies in this record. Its unorthodox (ironic, given the record’s subject matter) nature, both musically and lyrically, gave the band a notoriety usually reserved for bands that have served to influence Arsis’ music.

The album’s overarching theme is Malone’s disgust with Christianity. It’s clear that Malone was Catholic at one point in his life and that he obviously despises its dogma. “Looking to Nothing,” “Dust and Guilt” and “Return” are all indictments of Catholicism. Yet, “Worship Depraved” is the most striking of the collection because, while the others are tinged with various levels of bitterness and/or outright hostility, “Worship” is an almost objective account of, at least in Malone’s eyes, how full of shit church-goers are. Witness the opening couplet: “Stained by the wine/ A celebration of guilt in ordinary time.” (Notice the play on words.) Later, he describes the actual service: “The chilling chant of the carcass choir/ Rosaries inverted and strung upon the razor wire.” Reading the lyrics of this song invokes a sociological-esque narrative. It’s as if Malone is writing a paper on the (odd) behavior of Catholics.

While the lyrics are rather poignant – and, thus, noteworthy given the fact that they’re found in an extreme metal record – the music is another reason to love this band. That olympic sprint of an opening riff alone would be enough for a Grammy nod – if the NARAS actually knew what it was doing. Michael Van Dyne’s drumming by itself is also Grammy-worthy. While technical and showy, he’s careful not to overtake the song by utilizing his double kicks only to highlight the galloping nature of the song and not use them as a crutch, something that plagues modern metal. And that quasi-drum solo towards the end fits (and parodies) the song’s theme of pointless ritual. Malone’s multi-tracked guitar solo that follows is showy, too. And, like Dyne’s playing, it fits the song by acting as the aural equivalent of a “carcass choir” mindlessly screaming in tongues in a futile attempt at salvation.

It’s probably not by accident that A Celebration of Guilt gets its name from the album’s best track, “Worship Depraved.” The record’s antagonism towards organized religion is articulate and pointed, two qualities that mark Arsis’ music as well. I suppose the one drawback of this song (and album) is that it isn’t more radio-friendly, but only because it, if played, would piss off the Catholic League. Oh well.