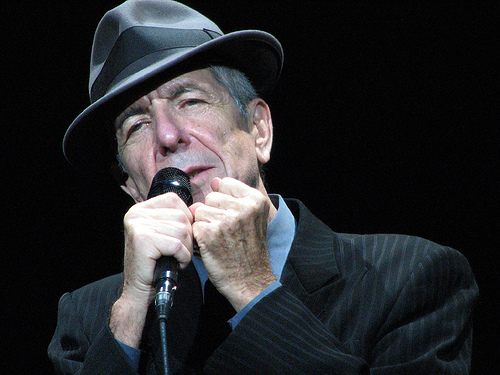 Without a doubt, Leonard Cohen is one of the most influential artists of the 20th century. A true legend. And although for the past decade or so, he’s been leaving in somewhat seclusion, his fans haven’t and won’t ever forget his soothing baritone voice.

Last year, Cohen performed on stage once again, after a more than 15 years long absence from any live gig. He came back in full swing though, with an extraordinary set in London’s O2 Arena on July 17th, a performance that thrilled a lucky audience with all his greatest hits from “Ain’t No Cure For Love,” to “Bird on a Wire,” to “Hallelujah.”

For regular folks, like you and me, who couldn’t afford hundreds of pounds for the ticket,  there’s still a chance – the whole concert will be featured on a two-CD set on March 31, this year. Until then, the good the folks down at NPR Music have the whole gig streamed down at their website. Pure magic!