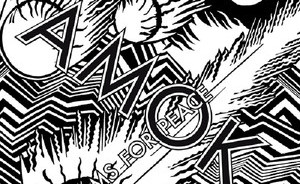 The experimental band which features Thom Yorke and Flea from the Red Hot Chili Peppers released the studio version of their song, ‘Judge Jury and Executioner’. The track – which was first played live in 2009 in Los Angeles was aired on radio several times.

Their new album, ‘Amok’ is set to launch on Februar 25, and it promises to be quite the experience. Thom Yorke and Nigel Godrich (also involved in the project) spoke to Zane Lowe, giving us some even more news: Atoms for Peace is set to go on a tour in Europe and the UK, but the dates are not known yet; one thing’s for sure though – they won’t be playing Glastonbury.

“We won’t have got our s*it together by then,” Yorke explained.