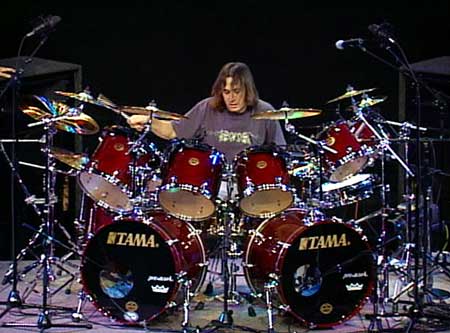 A while ago, I was telling you about how Slayer decided to kick out drummer and founding member Dave Lombardo. It’s still not clear if the move is permanent or just for the Australian tour, but man, seeing this kind of drama in a band like Slayer is just not cool.

Following this rather blurry event, Slayer frontman Tom Araya took some time to talk about the “drummer situation”. However, he did not address Lombardo’s future in the band, but rather insisted on replacement drummer Jon Dette instead. Araya went on to express his excitement for reuniting with Dette:

“He actually played in the band for, like, three years. It’s gonna be good. He’s matured and I’m sure he’s gotten much better on the drums. It’ll be exciting, and I think that’s just gonna pump everything up even more. I can tell you this: Jon’s gonna have a lot of energy. He’s known to play very fast, and he’s gotten better at that.”

Now, don’t get me wrong, I like Dette. I’ve seen him play with Slayer, and he’s just awesome, I love him. But the way Araya is treating the situation… it’s just out of line! That’s just not how you treat one of the most iconic people in the history of metal man. Meanwhile, Dette, who’s also playing drums for Anthrax was thrilled, and you can’t really blame him:

“I got a call from Kerry and he said, ‘Hey, what are you doing next week when you’re in Australia when you’re not playing for Anthrax?’ And I said, ‘Drinking.’ [laughs] He said, ‘Well, you might wanna hold off the drinks, if you can, ’cause we might need you to fill in, if you can.’ And I said, ‘Of course.’ I mean, first, I was kind of taken aback, I was a little paused. But they basically called me and asked if I could do the Australia dates for them. So I will, actually, be playing drums for Anthrax and Slayer at the Soundwave festival in Australia, and then also we have a one-off show – Slayer and Anthrax in Sydney, which, that will definitely put me to the test. ‘Cause it’s gonna be an hour on stage with Anthrax, and then I’ve got 20 minutes to take a break, and then it’s an hour and 40 with Slayer. So I’ve got my work cut out for me that night. But I’ll man up, I’ll make it happen, and it’ll be a good show.”

So how would you feel about a Slayer without Dave Lombardo?