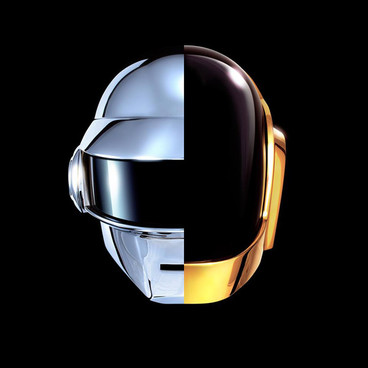 Daft Punk have shared a new band photo online today on their Facebook page. The image, which you can see here confirms that they have signed a new record deal with Columbia, the label’s logo featuring in the bottom right hand side of the picture.

Reports of Daft Punk having signed to Sony-owned Columbia emerged earlier this year, but the band kept a really low profile and little indication was really given. The French dance duo consisting of Thomas Bangalter and Guy-Manuel de Homem-Christo have been working with Chic’s Nile Rodgers, who previously hinted their fourth album would appear in 2013, as well as Oscar-winning songwriter Paul Williams and disco pioneer Giorgio Morode.

However, Bestival organiser and BBC Radio 1 DJ Rob Da Bank told eFestivals earlier this year that the band would definitely not be touring during 2013:

“There’s all kinds of crazy rumours flying about at the moment about Daft Punk at Coachella, and The Rolling Stones playing Glastonbury. We got told months ago that Daft Punk were definitely not touring next year, but it keeps the rumour mill going.”

So what do you think people? Are we looking at a new Daft Punk album?