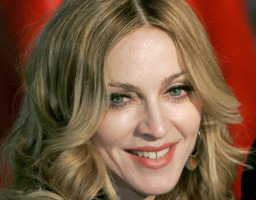 [tag]Madonna[/tag]’s deal to abandon Warner Music for concert promoter Live Nation signals more than just a tectonic shift in the music distribution business. The core benefit to Live Nation of the $120-million recording and touring contract with the pop superstar is the opportunity to tap into concert, recording, merchandising and other lucrative revenue streams. But don’t discount the role that lowly ticket fees play.

The ticket buyers are probably going to be annoyed by the $5 or more in convenience and delivery fees that they have to pay for every every ticket ordered online or over the phone, but they’ve proven to be a gold mine for Ticketmaster, a unit of IAC/InterActiveCorp. Diller, chairman and chief executive of IAC said that “We’ve invested hundreds of millions of dollars in our infrastructure. Let someone else make these investments and get into ticketing,” and “It’ll be good for us and interesting for them.”. It is a bit interesting but it does not sound like something that good. But that remains to be noticed by the ticket buyers.

Madonna’s management told Warner Music last week that the 49-year-old pop singer would accept Live Nation’s offer after the record company refused to match the deal, a person familiar with the confidential contract negotiations told The Associated Press on Wednesday. Things are moving and how this is going to affect the other behind the scene interests is hard to say. The rise of a secondary market for tickets has brought new players to the industry, including EBay subsidiary StubHub and Tickets.com, which is owned by Major League Baseball’s Advanced Media LP. Things are heating up.