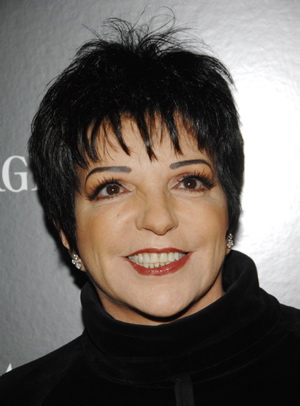 Start spreading the word; Liza Minnelli still has a word to say in music today. Almost three weeks after collapsing during a show in Sweden, the 61-year-old entertainer was doing fine and preparing for her next gig, Minnelli’s lawyer, Allen Arrow, told The Associated Press on Wednesday.

Now to do this you either have to love music too much or to be very crazy; or both. While most of her age tell stories to their grandsons and make cookies or something of that kind she is enroled in a touring schedule. Most singers three times younger would have stayed home and got better.

But we are glad to hear that she is feeling better already after performing in a Christmas show Dec. 12 in Goteborg, Sweden’s second-largest city, when she collapsed while walking offstage. People there were shocked.

“She was that sick,” Arrow said. “You wonder why she had the courage to get on the stage when she shouldn’t have.” Minnelli, the daughter of Judy Garland, won an Oscar and a Golden Globe for her portrayal of Sally Bowles in the 1972 film “Cabaret.” She won an Emmy and we could talk all day about her achievements and could not cover half of them.