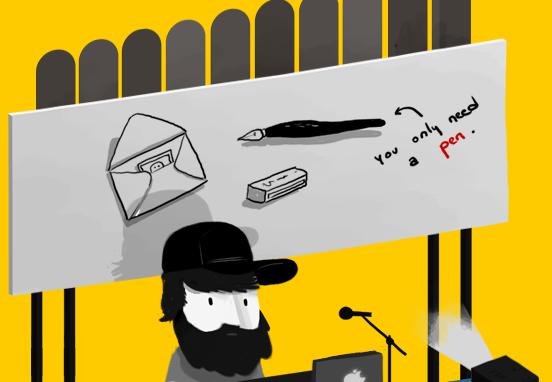 Since I’ve received the press for their sophomore album “Life”, I became simply punch drunk in love with Uniform Motion’s eerie atmosphere. My talented co-editor Al Byrne put the band’s sound in words better than I ever could have a while back, when Uniform Motion was first featured on our website.

“Anytime I receive a press release that labels a band “an extremely exciting arts collective [and] a perpetual multimedia art installation“, a tiny emergency klaxon in my brain – wedged somewhere between the hippocampus and the primary auditory cortex, so the sound is both unbearably loud and very memorable – goes off. The klaxon reminds me to regard the offending group with the kind of scorn you reserve for only the most pretentious of ponces, and also Nazis. Luckily for me, this has only happened one time: now. The band in question is Uniform Motion, and confusingly, they are not Nazis, nor are they awful. Instead, they are wonderful. Klaxon, you have misled me.” – from Gonna Be Your Man In (Uniform) Motion.

It’s really hard for bands these days, however good they might be, to gain attention, so they resort to all kinds of things that might differentiate them from the rest of the scene, and thus cast aside the shroud of anonymity. Uniform Motion is special not only because of it’s atmospheric sound, but because of their remarkable incorporation of visuals into their music. At every concert the UK band is joined by one extra member, French artist Renaud Forestié who projects various illustrations drawn live while the band plays. Check out this video of the band playing “The Pen Fallacy” for an exact idea of what I’m talking about.

Tapping into the power of social media and web interactivity, the band have put together an awesome flash based widget to help promote “Life” which officially dropped on February 9th. The application is beautifully animated and synchronized, allowing you to stream the whole album and toggle through the different layers of sound (you can turn off drums, guitar or vocals. it’s really fun to DJ to), all while a myriad of beautifully inspiring illustrations come to life right before you. Check it out bellow.