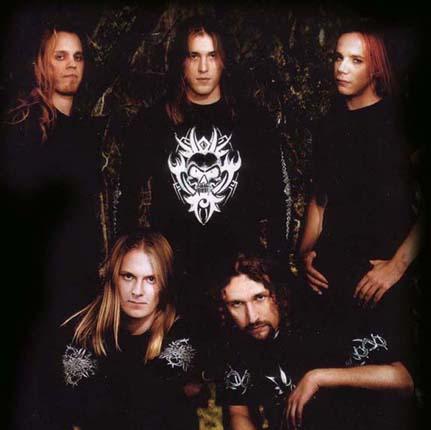 Sonata Arctica is one of the most loved bands of the genre and in Europe they have already appealed to the masses with their talented and very skillful playing. When they needed a keyboardist back in 2002, they received applications from many of Europe’s finest, and since they were aware of the competition, they decided to choose with a more unconventional way.They were each dragged and had to “bear” a night of partying with the band, the idea being to see which could blend in mentally with the band members. Henrik Klingenberg came out on top and it looks like the band’s unusual method has proven to be a success. “We just went out and got wasted,” Klingenberg recalls of his ‘audition.’ “I don’t really remember that much of that night. So we had a good time, obviously.”

Now, Sonata Arctica is making its current trip to North America in support of its latest album Unia (Finnish for “Dreams”), a record with many mellow songs as well as heavy ones, but which has obvious marks of melancholy and even nostalgia. In America they’re kind of starting building a fan base from scratch, but they seem not to mind. “It’s sort of like starting all over again,” he says. “It’s kind of nostalgic at times, playing small places and stuff like that. It’s kind of nice to have the change.”

Another strange fact which most people don’t know is that they initially started out as a pop band named Tricky Beans in 1996. The band made the transformation to metal after about a year, going as Tricky Means for a short while before completing its metal makeover with its current name. Hopefully american fans will treat them as good as their fans from Europe.