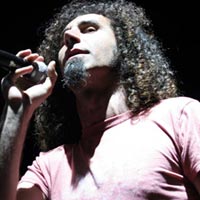 The System of a Down man has announced his first ever solo headline tour of the UK in support of his album ‘Elect The Dead’. He will play five shows in April beginning at the ABC in Glasgow and finishing up in Birmingham.

Prior to this, Serj has only played two headline shows in the UK, in Manchester and London, in between his support slots for Foo Fighters last year. He will probably do great but he probably is a bit nervous.

His next single ‘Sky Is Over’ is released as a digital download only on February 18. It seems he is the next in a long line to go for the digital way of selling his music. Tour dates are as follows: