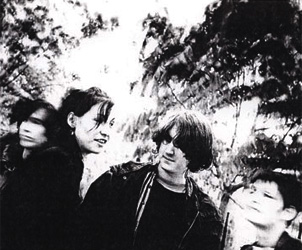 The shoegazing innovators were considered a sure thing for this year’s Coachella fest, by most music connoisseurs and fans alike. Alas the band wasn’t among the list, instead Jack Johnson, Portishead and Roger Waters (Pink Floyd) were announced as headliners. This both came as a total surprise, but also disappointment.

“I was hanging out with (My Bloody Valentine frontman) Kevin (Shields) over at the Led Zeppelin (reunion concert in December), and he said it was just too early,” Tollett said. “Coachella’s in April and I don’t think they’ll be ready yet.”

Tollett added, “You know it’s hard to get 125 bands into the middle of the desert in April. I’m really excited that The Verve will make it. They’ve been on my list to try to get for years but I never thought they’d get back together.”

Tollett however tries to comfort American fans: “Don’t worry–they’ll come to America.” Meanwhile, however, the band is set to play various gigs through out the summer in Europe.