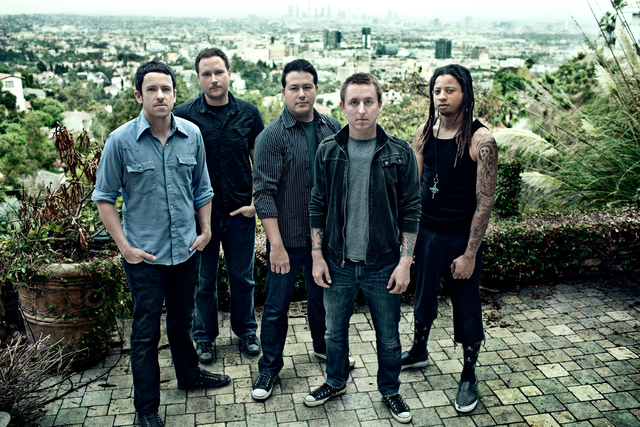 Yellowcard has gone through more adversity in their decade long career than many people would realize. From the humble image of a group of Florida kids to celebrity status in Hollywood and beyond, these guys have literally experienced a transformation from rags to riches. After the smash hit Ocean Avenue, the band felt on top of the world with their record at the top of the charts. After Lights and Sounds put out a bit of Ocean Avenue’s fire, Paper Walls seemed to bring the mood back up to Ocean Avenue status. After this, however, the momentum shifted once again with the dreaded announcement of a hiatus. After nearly four long years, Yellowcard has returned with the long awaited When You’re Through Thinking, Say Yes. Every part of the bands past, from One For The Kids, lead singer Ryan Key’s first album, to Big If, his side project with new bassist Sean O’Donnell during the hiatus, can be taken away from the new album. With such a rich past, Yellowcard is sure to come back with a bang right? Well not exactly. They came back as an opening act.

So is anyone else mad that Yellowcard is only OPENING for All Time Low? If yes, then we have that in common. After finishing up  the U.S.  Dirty Work Tour with All Time Low The Summer Set and Hey Monday in May, Yellowcard has a show of their own. (Well, half their own). Before the Dirty Work  Tour heads to Switzerland and Germany in August, Ryan Key and company, headlining along with Good Charlotte and the opening act of Runner Runner, will hit the states. From San Diego to Lake Buena Vista, this tour will most definately not disappoint.

Maybe now Yellowcard will be able to show off the entire soundtrack of When You’re Through Thinking, Say Yes instead of playing just two singles from the album released in March. Runner Runner will be promoting their debut album of the same name, released this February. Last but certainly not least, Good Charlotte has no recent release, but their past tunes should be plenty above adequate. All who are considering attending, just keep in mind that there is a one hundred percent chance of an alternative rock explosion.