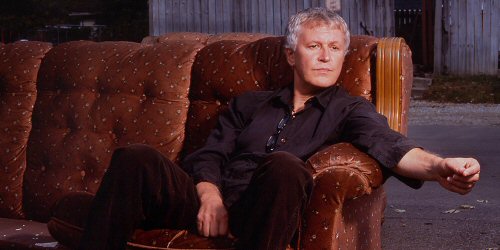 The Guided by Voices mastermind [tag]Robert Pollard[/tag] has just announced the dates for his first tour of the year, that its if you can even call a 2 gig series a tour. Robert and .co, Jason Narducy on bass, David Suycott on drums, and Dag Juhlin and Mitch Marlow sharing guitar duties will unleash their inspiring music upon the unsuspecting fans of Chicago on November 30, and Newport, at Kentucky’s Southgate House the following night.

If you’ve fallowed Robert Pollard’s music a bit you’d know he’s got the nifty habit of releasing a lot of albums, this week alone he put out two LPs at the same time: Coast To Coast Carpet Of Love and Standard Gargoyle Decisions; albums you’ll more then certainly have the pleasure to sample live, if indeed catch Mr. Pollard’s shows. Be advised though “THESE WILL BE THE ONLY SHOWS THAT BOB WILL PLAY IN 2007.” At least that’s what his website says.