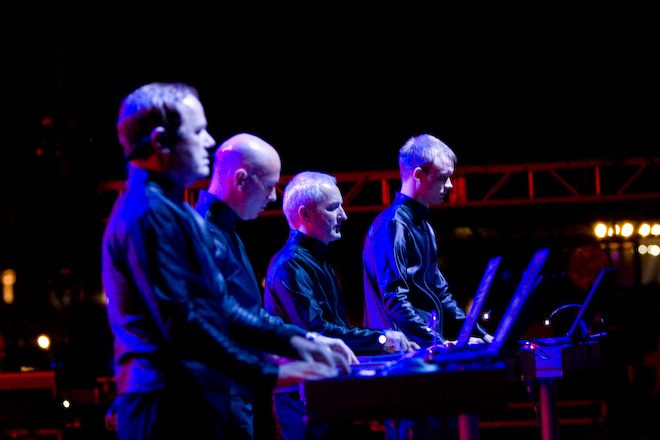 What’s probably the most influential electronic music band in the world, Kraftwerk, will surprisingly tour with Radiohead, as gig openers, for their upcoming 2009 trek. Quite an end to German-English rivalry.

Although, Kraftwerk is on board only for a hanful of shows, Latin American fans will be delighted to see the two giants on tour, starting March 15-16, when they’ll kick it off in Mexico City, before calling it quits on April 25-26 in Wolfsburg, Germany.

Kraftwerk has gone through quite some line-up changes along the years, though, the most recent notable one being the recent departe of the icon co-founder of the group, Florian Schneider. This was predictable, since Florian didn’t go the band’s last year tour, being replaced by Stefan Pfaffe. Schneider, however, still has a few aces down his sleve with some new stuff in store for the future, “working on other projects; technical things,” as he very well put it.