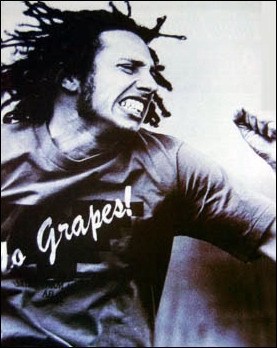 I’m pretty confused about as to where

RATM stand at the moment: they split up in 2000 only to reunite to tour 7 years later, but pretty much all the members are involved in other projects that are recording albums, only RATM is not recording.

One Day As A Lion is made up of frontman Zach De La Rocha of Rage Against The Machine, and former Mars Volta drummer Jon Theodore, and their self entitled EP was just released this week (I’m not sure if it’s worth the money, but I’ll get back to that in a few days).

So anyway, the EP pretty reminiscent of the old days and you can check the video out here.