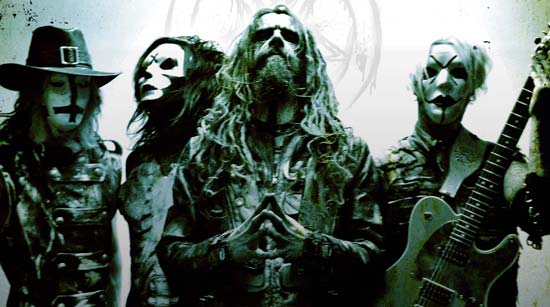 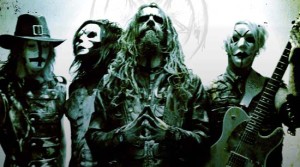 I think that releasing this video was Rob’s idea of saying  Happy Halloween!  to his fans or something. Anyhow, the song is not really an original Rob Zombie song, it’s a cover from Grand Funk Railroad and Rob decided to cover the song We’re an American Band for the band’s latest album, Venomous Rat Generation Vendor.

The band’s guitarist, John 5, talked to Live-Metal.net about their decision:

We were thinking about covers, and I can picture me and Rob talking about this. I was like, ‘Yeah, what if we did this one or this one?’ We were going back and forth for a little while, and Rob goes, ‘Man, ‘We’re an American band.’ And I was like, ‘That’s it. We have to do it, we have to do it.’ And a cool part of that song is, in the original, there’s a lyric that goes, ‘Up all night with Freddie King, poker is his thing;’ in the Rob Zombie version, it says, ‘Up all night with Kerry King.’ We kind of snuck that in, so the next time you listen to it, listen for Kerry King’s name.

Check out Rob Zmobie’s video below and if you are curious about how the original track sounds like, check it out at the bottom of the page. Ow, and I almost forgot: Have a spooky Halloween, guys!