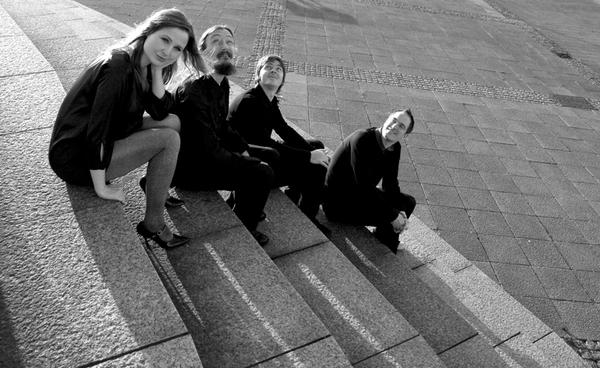 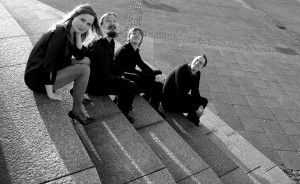 The woman at the forefront of this band is Louise Quinn, and her voice is like silk. It’s literally beautiful; the kind of voice you could listen to for hours, tirelessly.  I managed to speak to her and get an insight into the songs she writes and sings so skilfully.

What aspect of the music process do you enjoy most, and why?

I think I really enjoy the song writing part the most but I’m always distracting myself from doing this with all the other aspects of performing; making music videos, promotion, etc.  I used to give myself a hard time about this but I just sort of go where the flow takes me these days, so if I end up doing more film-making than song writing it’s still a pretty great way to get my creative jollies, and it all feeds back into everything else.

It says on your Facebook that A Band Called Quinn’s influences are love, war and biscuits. But what are your inspirations when song writing?

Inspiration for songs can come from anywhere. Quite often I wake up with a melody or lyrics in my head which can be quite frustrating if I’m too tired to get out of my bed and record them, and they just disappear back into the ether to bother some other singer/ songwriter. If I’m in a really deep phase of song writing I like to write in bed with no distractions. The last album I wrote was The Beggar’s Opera which came from Vanishing Point Theatre Company’s reinterpretation of the John Gay classic. It was a cross between a gig and a play and the bands were acting in it. I got to explore some pretty dark aspects of myself as an artist and songwriter. We’re doing another show in October with Ben Harrison (Grid Iron) called Biding Time (remix) and again it’s been great to write with overarching themes and characters in mind.

What is your favourite A Band Called Quinn song, and why?

‘Ghosts From The War’ which we’ll be releasing ‘officially’ in November on our new album, Red Light Means Go. I just like this song because I was in a really good place when I wrote it. One of those moments in your life when you think everything is as it should be. I’d just came back from a camping trip in Banff (near where they filmed Local Hero) and all the scenery and seagulls just knitted themselves into this song.

By speaking to Louise I was able to get a better understanding into what motivates such talent, thus producing music that lies firmly in my ‘Top 25 Most Played’ on iTunes. Some of my favourite tracks from A Band Called Quinn are The Recital Room Mix of ‘Wolf Cries Boy’, which actually features vocals, percussion, kazoo playing and howling from sixty secondary school students across Glasgow.  My favourite song is ‘Mrs Traipse Song’; possibly one of the sexiest tracks I have ever heard. Beginning with the line; ‘Give me the man and I’ll show you the boy’ the song uses thumping percussion to create a stomping, self-assured tune. ‘DIY’ is a really catchy tune that showcases A Band Called Quinn’s versatility and ‘Snowblind’ is another one of my favourites; a Christmas track that instantly puts a smile on your face.

Their latest project; Biding Time (remix), which they’ll be performing at The Arches in Glasgow on the 6th of October is based on an original script by Pippa Bailey and deals with the theme of women in the entertainment industry and the pursuit of fame. Their version is a gig fused with film and performance to tell the story of the main character, Thyme, and her journey through the fame factory. Their latest short film/music video ‘Oh Jackie’ also draws on similar themes and features Parisian producer/ DJ, Kid Loco.

I seriously cannot heap enough praise on A Band Called Quinn; they are so cool, produce brilliant music and with endorsements from Britain’s best selling crime writer, Ian Rankin, to Queen of Pop, Madonna, it seems I am not the only one who thinks they are something special. 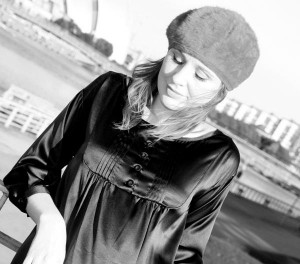